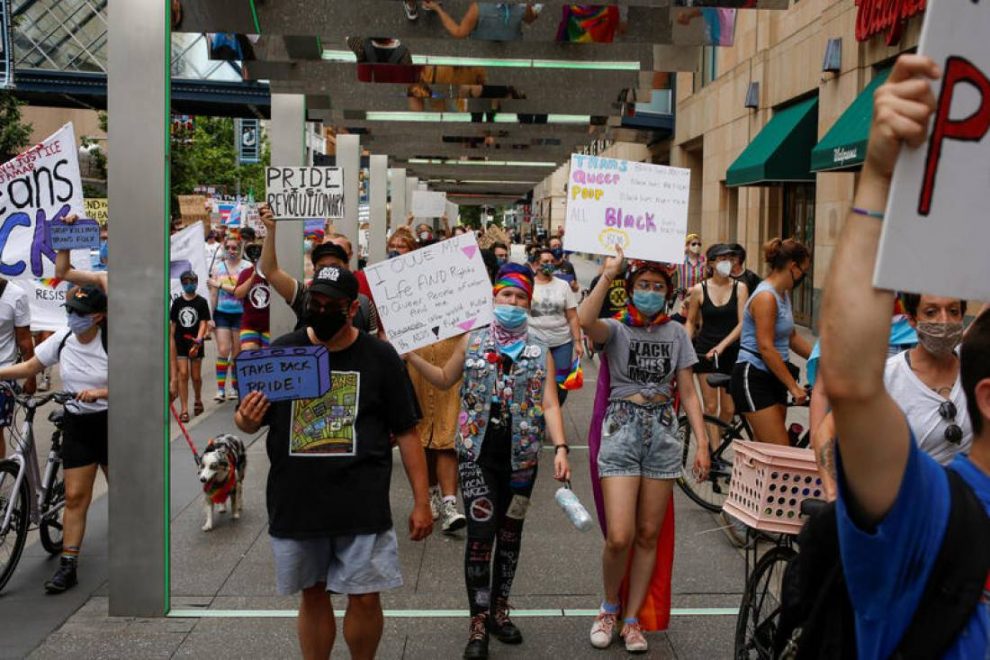 Joe Biden’s win in the U.S. presidential election will help give a voice to marginalised LGBT+ communities, rights groups said on Saturday, after he promised to overturn a ban on transgender personnel joining the military and clampdown on discrimination.

Biden captured the presidency on Saturday as voters narrowly rebuffed Republican incumbent Donald Trump’s tumultuous leadership and embraced his promise to fight the coronavirus pandemic and fix the economy in a divided nation.

“Now is a time to come together, for the sake of our country and the most marginalised among us,” said Sam Brinton, vice-president of advocacy and government affairs for The Trevor Project, which works to prevent suicide among LGBT+ youth.

“LGBTQ people and all marginalised Americans came together to make this victory possible, and now the journey to safety, equality and acceptance can continue forward,” Ellis said in a statement.

Biden has a mixed voting record in terms of LGBT+ issues, voting in favour of the 1993 U.S. military “Don’t Ask Don’t Tell” policy that allowed anyone who was gay or bisexual to serve in uniform as long as they hid their sexual orientation.

During the 2008 vice presidential election campaign, he said he did not support civil marriages for same-sex couples, although he came out in favour of gay marriage four years later.

But Biden also won many LGBT+ voters on the campaign trail as he promised to overturn a ban on new transgender personnel joining the U.S. military and to enact LGBT+ rights legislation, known as the Equality Act, in his first 100 days of office.

Former President Barack Obama enacted a landmark policy in 2016 that allowed trans people to serve openly for the first time, five years after the military ended its ban on gay men and women serving openly.

But in April 2019, the Trump administration froze the recruitment of trans soldiers although serving personnel were allowed to remain.

Biden, who was vice president under Obama, has said he would direct the Pentagon to allow transgender service members to serve openly and receive medical treatment.

On discrimination, a bill for the Equality Act, which will protect U.S. citizens from discrimination in employment, housing, and other areas on sexual orientation and gender identity, was passed by the House of Representatives in May.

But at that time the bill had little chance of making it through the then Republican-controlled Senate.

Currently the final make-up of the upper house of the U.S. Congress could remain uncertain until 2021 as two senate seats in Georgia are set for run-off elections on Jan. 5 after no candidate in either race managed to win a majority of the votes.

Biden is quoted on his website vowing to advance LGBT+ equality in America and globally, saying: “No one should be fired, denied a home or access to services because of who they are or who they love.”

Executive director of LGBT+ education advocacy group GLSEN Eliza Byard said the results represented “a resounding defeat for an administration that attacked LGBTQ+ people at all the intersections of identity and experience, at every opportunity”.

“All of us can now move forward with greater hope to continue advancing justice for LGBTQ+ students in our nation’s schools,” Byard added.