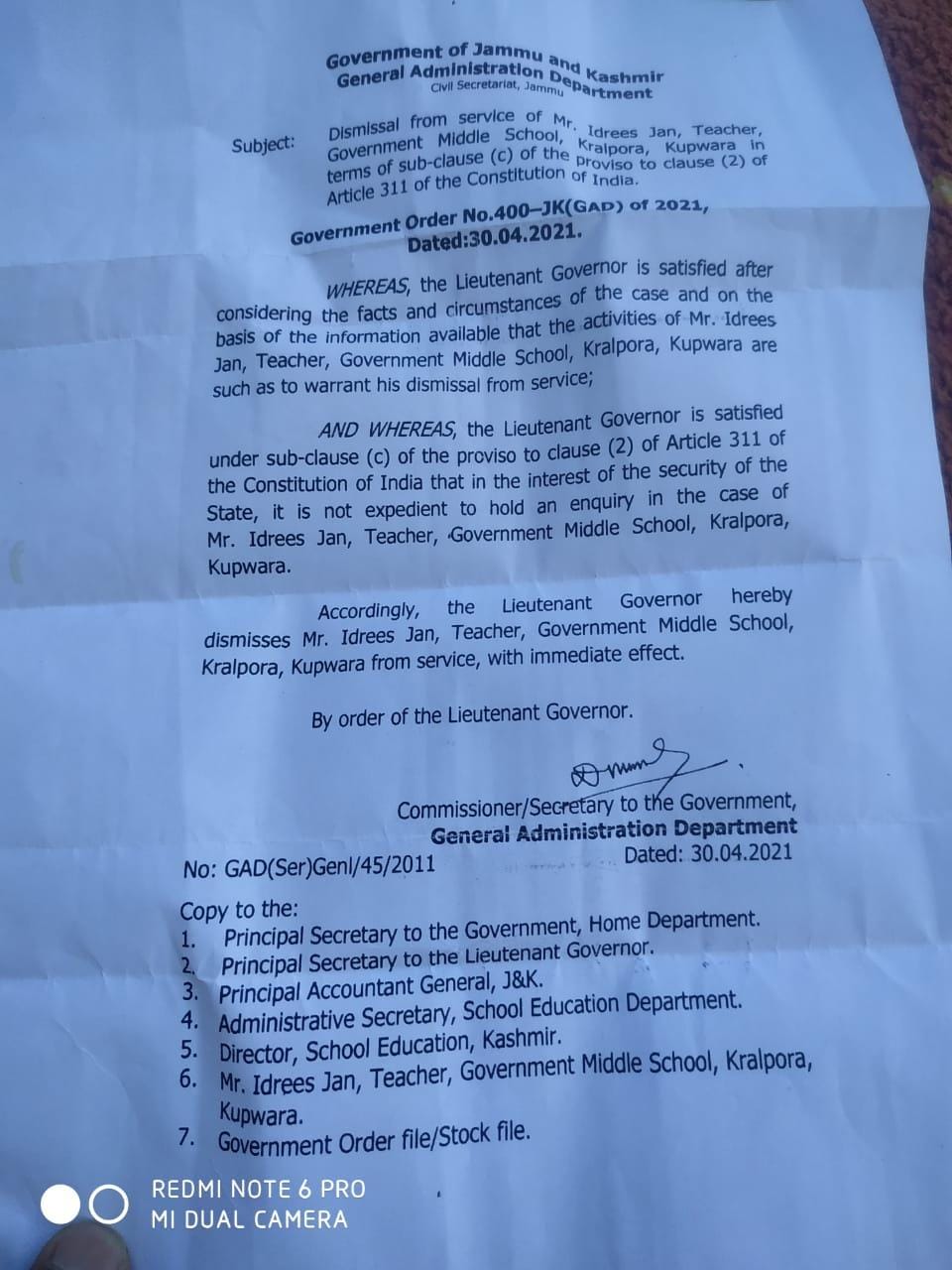 SRINAGAR: Government has dismissed from service a Kupwara-based teacher “in the interest of the security of the state.”

An order in this regard by Commissioner/Secretary of the Government General Administration Department, a copy of which is in possession of Srinagar-based news agency Global News Service (GNS), states that the Lieutenant Governor after considering the facts and circumstances of the case and on the basis of the information available that the activities of Idrees Jan, Teacher, Government Middle School, Kralpora, Kupwara are such as to warrant his dismissal from service.

“The Lieutenant Governor is satisfied under sub-clause (c) of the proviso to clause (2) of Article 311 of the Constitution of India that in the interest of the security of the State, it is not expedient to hold an Inquiry in the case of Mr. Idrees Jan, Teacher, Government Middle School, Kralpora, Kupwara,” states the order.