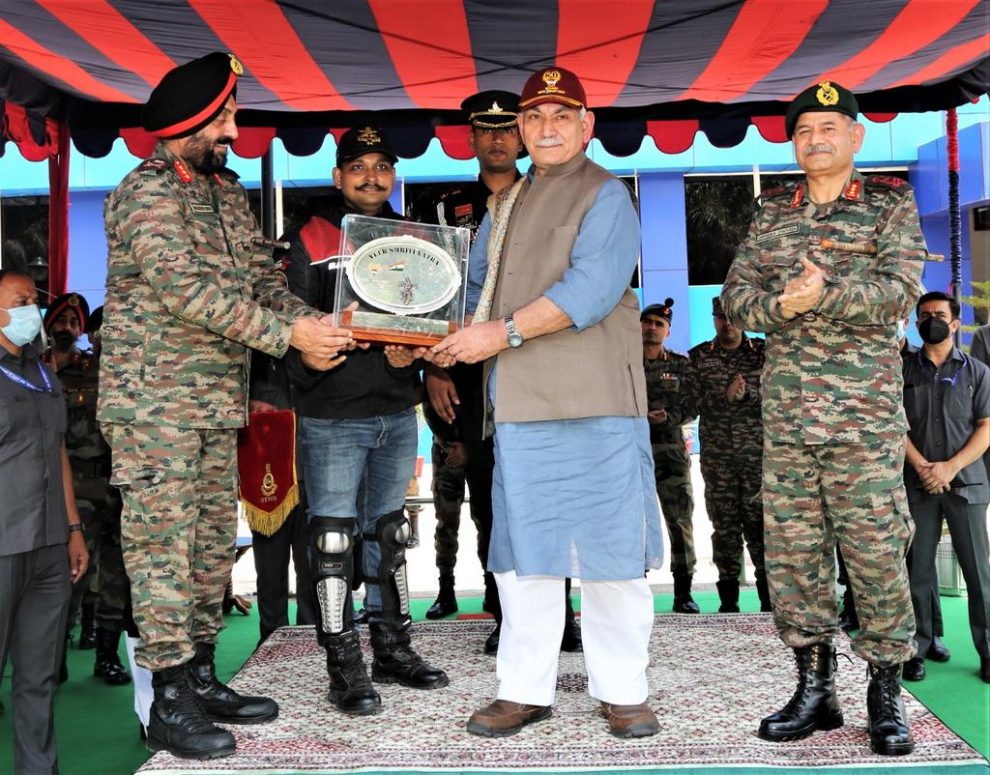 At a ceremony at the Nagrota military station, Lieutenant Governor Sinha and Lieutenant General Dwivedi greeted all ranks of the corps, which was raised in June 1972 as part of the Army’s Northern Command, an official spokesman said.

The corps has a rich history of valour in wars and performed commendably in operations along the Line of Control and in counter-insurgency and counter-terrorism operations in Jammu and Kashmir.

Lt Gen Manjinder Singh, the General Officer Commanding of the White Knight Corps, paid floral tributes to the fallen heroes in a solemn wreath-laying ceremony at the Ashwamedh Shaurya Sthal in Nagrota.

The golden jubilee celebrations of the White Knight Corps commenced with the motorcycle rally — ‘Veer Smriti Yatra’ — being flagged off from Lam in Rajouri on June 8. The rally reached Nagrota on Monday, the spokesman said.

The riders paid tributes to the bravehearts at all the war memorials in the corps zone, he said.

The celebrations in Nagrota commenced with the ceremonial lighting of the lamp by the LG in presence of a huge gathering of all ranks of White Knight Corps.

A short film on the glorious history of the White Knight Corps and the motorcycle rally was screened on the occasion.

During his address, Lt Gen Manjinder Singh welcomed the LG and other distinguished guests and assured them of the unflinching support by all ranks of the corps towards the national cause.

The corps commander also highlighted the major initiatives undertaken by the Indian Army for people, in addition to guarding the active borders.

On the occasion, Lieutenant Governor Sinha congratulated all ranks of the White Knight Corps and appreciated their exemplary contribution in maintaining peace and tranquillity in the region.

He also appreciated the contribution of the corps in all wars fought since its raising and its all-out efforts in ensuring safety and security of the people of Jammu and Kashmir by eradicating terrorism from the region.