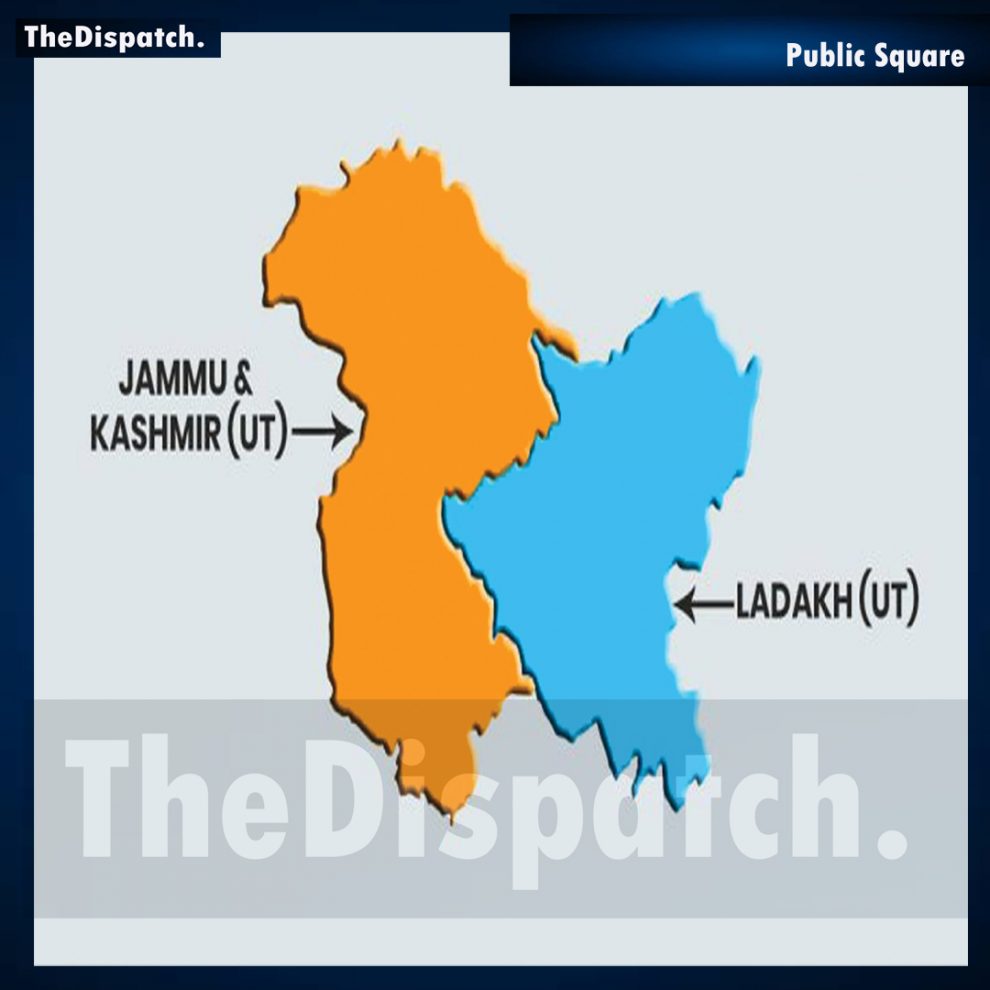 It has been Kashmir’s great misfortune that whenever, there are windows of opportunities for the return of permanent and sustainable peace and stability in Kashmir valley, there are artificially manufactured obstacles created by so called Kashmiri leadership themselves that have put Kashmir valley permanently in political instability, chaos and uncertainty. The PAGD’s recent declaration demanding the restoration of statehood for Jammu and Kashmir as a pre-condition for holding of elections in the UT, once again demonstrates stubborn attitude of Kashmir centric parties to always keep any issue relating to Kashmir valley always in a state of dispute.

Let us be clear first of all that every person in the union of territory of Jammu and Kashmir wants the political dignity of the erstwhile state of J&K restored. It will be a mere political posturing if we were to demand that Article 370 and Article 35A of the Constitution of India should be revived. It is now practically impossible to do that. But the restoration of the statehood is something that Delhi has committed and it is something that people of J&K also desire, so why create unnecessary obstacle in its path?

As a child of conflict, violence and killings of Kashmir of 1990s, all that I have seen in J&K is political instability in one form or the other. Right from 1947 to 1987 and afterwards, the erstwhile J&K state has been unfortunately been pushed into one political crisis after another, most of them due to Kashmiris themselves. It is because of our stubborn and supremist behavior that people of Jammu and Ladakh (part of the former state of J&K) accused us Kashmiris of discrimination. It is not only Hindu and Buddhist community but even Muslims of Jammu region and Ladakh would complain of self-centric approach of political leadership of Kashmir valley.

Every one knows that PAGD, which comprises of mainly Kashmir centric parties has main problem with the loss of political dominance of Kashmir valley in the newly created UT of J&K. Their so called “objections” also don’t stand the scrutiny of political proprietary because the Central Government has to grant the statehood to elected representatives for which there has to be an election first. Since new delimitation is the precursor of holding election in the UT of J&K, the Kashmir centric PAGD is now creating unnecessary obstacles to maintain their political control over J&K, like in the past.

The fact however remains that Kashmiris cannot live in the past and expect that in the new changing world where every community is politically aspiring, they can maintain their feudal dominant character any more. It is ironical that Kashmiri people have themselves fought the tyrannical rule of Dogra royal family for many decades parallel to India’s own independence struggle against British colonial rule, later themselves adopted the same colonial mindset over regions of Jammu and Ladakh. The Kashmiri political leadership must come out of this mindset. The younger generation of Kashmiris is aware of the what such shenanigans did to Kashmir valley and its people in last seven decades. The younger generation of Kashmiris knows that equality is not just a slogan but it is a concept that needs to be practiced. If Kashmir is a constituent unit of a greater administrative region of Jammu and Kashmir, then the people of Kashmir have to share power with the people of Jammu and also with non-Kashmiri communities like Gujjar and Bakarwals who live in large numbers within limits of Kashmir valley.

The outdated obstructionist tactics of Kashmiri political leadership, which are mainly designed to maintain hegemony of upper caste Kashmir Muslim families and clans can no longer work in modern times. Forget about the Jammu region, the upper caste Kashmiri Muslim political leadership will have to accommodate demands of inclusion by increasingly aspirational Pasmanda caste (OBC) Kashmiri Muslim communities as well.

The best step forward would be to let the delimitation process be over and submit its report in timely manner in fair manner without any bias towards any of the two main constituent regions of Jammu and Kashmir valley and then an election be held accordingly. The discussion and formalities of restoring the statehood should be dealt with this newly elected legislative assembly. This would be the most appropriate constitutional way of claiming back the dignity of our erstwhile state of Jammu and Kashmir.

The stubborn political leadership of Kashmir centric PAGD doesn’t realize that their such kind of hurdle creating behavior eventually pushed Kashmir towards political instability and then an era of militancy that completely destroyed the Kashmir valley beyond recognition. So much damage has been done that the younger generation of Kashmiris want to finally move on rather than stuck with these old and obsolete political shenanigans. Kashmir valley and the people of Kashmir have already suffered so much on all accounts, economically, socially and culturally that all that we want now is return of a sustainable peace and political stability in Kashmir valley to ensure that future generation of Kashmiri people do not suffer the same misery that my generation has had to suffer and we are still suffering. PAGD must come out of its feudal mindset and outdated political maneuverings to try to usurp all political power to themselves. It has unfortunately led to disgruntlement and eventual split of Ladakh from the erst while state of Jammu and Kashmir and we don’t the same thing to happen again with Jammu.

The author is a Young Political Leader and is State Secretary of People’s Democratic Front.