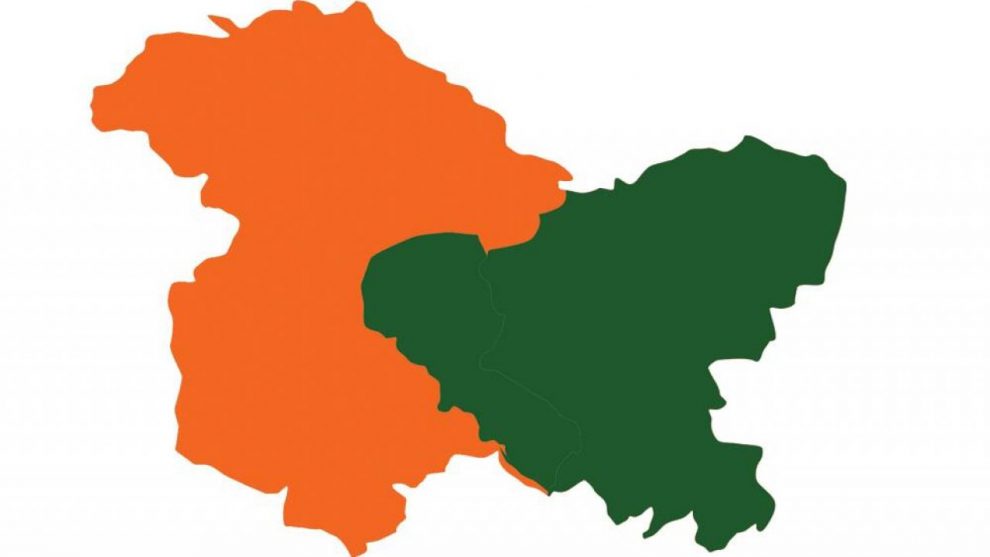 The answer to the title of the article has become necessary as this is the stipulation announced by PM and HM to restore the Statehood of the Jammu Kashmir, when it’s status was down-graded by Modi-Government from a State to a Union Territory on August 5, 2019 without a single voice across the State asking for such humiliation to the subjects of the State. We remember the statement of PM Issued two days after the reorganization of the State, that the Union Territory Status for J&K from being a full State, was a “Temporary” situation and that at some point statehood would be restored, Assembly polls, held in a transparent manner and with a process that had integrity, will take place soon, and that MLAs and the Chief Minister will be from among the people of the Union Territory. Later on the Union Home Minister reaffirmed that Jammu Kashmir will not remain a Union Territory forever and will get back its Statehood status when the situation is favorable. Here we are supposed to refresh our memories to understand the situation prior to 5 August 2019, immediately after 5 August 2019 and outlook after 16 months surpassed in UT Status. Prior to the revocation of the status of the State, we well remember the fear psychosis and falsification propagated by the central government. Curfew was imposed in the Muslim-majority Kashmir Valley, the Hindu-majority Jammu region and the Buddhist-majority Ladakh region. Thousands of paramilitary security troops were mobilized into Jammu and Kashmir, citing reason to maintain law and order in the area on false pretext that the Pakistan Army and terrorists are planning to incite violence and tried to target the ongoing Shri Amarnath Yatra recently.  The Government of India notified students and tourists, both local and foreign, to leave Jammu and Kashmir. A total communication blackout, shutting down cable TV, landlines, cell phones and the Internet were ordered by the government (Source Wikipedia.org). Top political leadership was arrested and in certain cases placed under house arrest in both regions of Jammu & Kashmir. On August 5, 2019 the erstwhile state of Jammu and Kashmir was bifurcated into two union territories along with abrogation of Article 370 and 35A in Parliament. The scenario after August 5, 2019 has been well explained by Nivedita Niranjankumar, a journalist who claimed to have been in Kashmir from August 14 to August 22, 2019 that “The state was placed in a state of information and physical lockdown with information lines disconnected and internet services cut off. Srinagar looks like an idyllic city. Concertina wire fencing placed in the middle of narrow lanes, barricades guarding entry points, armed security personnel lining streets. The only things visible were armed CRPF.” This way the muscle power and dictatorial attitude was exercised by the government to suppress the resentment & concern of commoners against the arbitrary decision. Administratively access to social media across the entire Jammu & Kashmir was prohibited and top political leadership was arrested and in certain cases placed under house arrest in both regions of Jammu & Kashmir. The most genuine concern of Jammuites regarding bifurcation and downgrading the State to a UT status was strangulated, by applying undemocratic measures.  Surprisingly just after less than two months period of abrogation and downgrading the State, on 30-09-2019, The J&K Election Authority announced the poll schedule for the election of chairpersons of Block Development Councils in the 310 blocks of Jammu and Kashmir. The elections were held peacefully throughout the UT and no untoward incident was reported from any part of the State. Over 26 thousand Panches and Sarpanches participated in BDC elections. Data reveal the exercise has been painted as a step to normalcy. Home Minister Amit Shah in November, 2019 has assured the Rajya Sabha that complete normalcy has been restored in Jammu & Kashmir (www.thehindu.com/www.youtube.com). The government has repeatedly stressed that life is back to normal in Kashmir. The steady chaperoning of foreign diplomats into the new Union Territory is an indication of this. With every lot of them that enters the territory; the shelf of “normalcy” in J&K is extended by the government. We feel it was quite normality in the UT that prompted the Administration to announce another set of elections of J&K District Development Council polls from Nov 28 to Dec 19, 2020.  The peaceful culmination of the first-ever third-tier District Development Council (DDC) elections across both the regions of the UT is pointer to confess that the UT is at its normalness and the percentage of voters testify it. The District Development Council (DDC) elections reveal the totally farcical nature of a democratic exercise that has been painted as a major step towards normalcy in the troubled border state. It is also the first major impetus to the political structure, which remained dislodged after the BJP withdrew its support from the Peoples Democratic Party (PDP) in June 2018 and brought J&K, now a Union Territory (UT), under the Centre’s rule. The other aspect that speaks of normalness in the UT is an increase in tourist flow in the last few months in Kashmir in spite of Corona-19 guidelines. According to a tourist department official, there have been over 1,000 visitors every day since December 25, 2020 (www.Hindustantimes.com). Jammu and Kashmir has seen a decrease in militancy-related incidents, infiltration and civilian killings in 2020 as stated by the Police Chief in December 2020 (www.greaterkashmir.com). Since the abrogation of Article 370 and downgrading of Jammu and Kashmir to a union territory in August 2019, militancy has been on the decline. By taking into account these assertions, the situation is “normal”, and then a question arises when status of Statehood will be resumed. This is a million dollar question requiring an answer from the Modi-Government. Otherwise let this Government come forward with the parameters, this government has fixed for defining normalness in the UT and stop propagating that normalness has been restored in the UT.

He can be reached at [email protected]