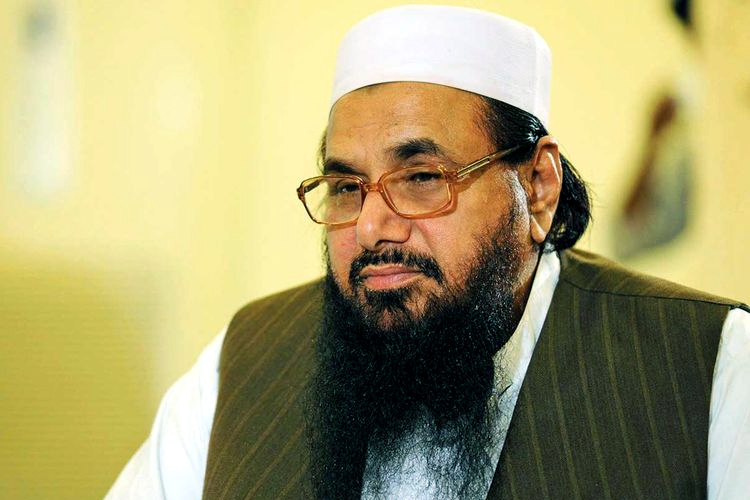 New Delhi: Hafiz Talha Saeed, a key leader of the dreaded terrorist group LeT and the son of 26/11 Mumbai terror attacks mastermind Hafiz Saeed, has been declared a terrorist by the government.
In a notification, the Union home ministry said that Hafiz Talha Saeed, 46, has been actively involved in recruitment, fund collection, and planning and executing attacks by the Lashkar-e-Taiba (LeT) in India and Indian interests in Afghanistan.

He has also been actively visiting various LeT centres across Pakistan, and during his sermons propagating for jihad against India, Israel, the United States of America and Indian interests in other western countries, it stated.

The central government believes that Hafiz Talha Saeed is involved in terrorism and he should be notified as a terrorist under the Unlawful Activities (Prevention) Act, 1967, the notification said.

Accordingly, he has been designated as an individual terrorist under the stringent Act.

Hafiz Talha Saeed is now the 32nd individual who has been declared a terrorist by the government.

Hafiz Talha Saeed is a senior leader of the LeT and is the head of the cleric wing of the terrorist organisation.

Hafiz Saeed, founder of the LeT, was the brain behind the Mumbai terror attacks of November 26, 2008, in which 166 people were killed.

He had been declared a terrorist under the same law a few years ago and is currently serving a jail term in Pakistan on terror charges.

India has been consistently seeking Hafiz Saeed’s custody but Pakistan has refused to do so. Apart from the 26/11 attacks, the LeT has been responsible for a series of deadly attacks in India, mostly in Jammu and Kashmir, in which scores of civilians and security personnel have been killed over the years.

Hafiz Saeed and the LeT ‘operational commander’ Zakiur Rehman Lakhvi are among the most wanted terrorists in India for their involvement in numerous terrorist acts.

The LeT is listed as a terrorist organisation under the First Schedule of the Unlawful Activities (Prevention) Act (UAPA).

The UAPA has been enacted to provide for more effective prevention of certain unlawful activities of associations and individuals and for dealing with terrorist activities and for matters connected therewith.

Section 35 of the UAPA empowers the central government to notify the name of an individual in the Fourth Schedule to the Act, if it believes that he is involved in terrorism.