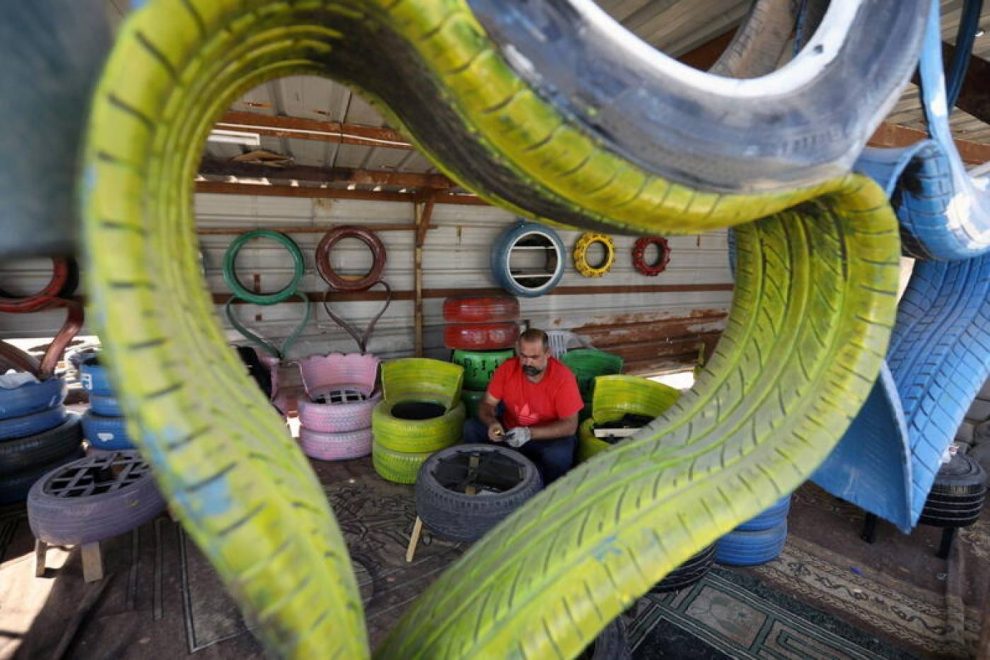 BOGOTA: Countries worldwide will not meet their targets to slash planet-warming emissions unless they cut unnecessary consumption and shift urgently to circular economies that reuse resources, environment ministers and top executives said this week.

In a circular economy, materials – such as metals, minerals and plastic – are recycled to cut back on waste and pollution harming the Earth’s environment and climate.

Only 8.6% of the 100 billion tonnes of materials utilised each year are put back into service, according to Amsterdam-based social enterprise Circle Economy.

Dutch environment minister Stientje van Veldhoven said changing that should be “much higher on the political agenda”.

“What we need to get out there, with much more force, is the incredible importance of a circular economy as an instrument to reach our climate goals,” she told a webinar hosted by the World Resources Institute (WRI), a U.S.-based research group.

In a recent report, Circle Economy urged governments to craft their COVID-19 economic recovery plans to boost recycling and reuse, estimating that adopting circular approaches in transport, housing and food could cut emissions by close to 40%.

Rather than using resources and materials to make products and then throwing them away, a circular economy aims to design waste and pollution out of supply chains, keeping goods in use for longer and eventually recycling their components.

Chilean Environment Minister Carolina Schmidt said her country was completing a roadmap to shift to a circular economy, along with 10 other Latin American nations that have pledged to follow suit.

“The notable contribution of a circular economy is its role in (reaching) the carbon-neutrality goal,” she said, referring to targets set by a growing number of countries to cut their greenhouse gas emissions to net-zero by mid-century.

Globally, switching to renewable energy could cut carbon emissions by 55%, but the rest would have to be tackled by transforming production models, she added.

Adopting a circular economy could offer an additional $2 trillion in opportunities to the global economy by 2050 by creating jobs and promoting innovation, she said.

“A circular economy is not only a possibility – it is a necessity and a huge opportunity,” Schmidt said.

Hosted by WRI, the Platform for Accelerating the Circular Economy (PACE) brings together business, governments and civil society, who say strategies should focus on key sectors.

They include plastics, textiles, electronics, food, capital equipment – such as machinery like medical scanners – agricultural equipment and manufacturing infrastructure.

The amount of materials the world uses has tripled since 1970 and could double again by 2050 if no action is taken, the United Nations estimates.

Inger Andersen, head of the U.N. Environment Programme, said consumers could play a pivotal role in the shift to a circular economy.

Two-thirds of the world’s carbon footprint is driven by households, including their food and transport, she noted.

“That over-consumption … needs to be circular, and it also needs to be pulled back,” she said.

While about 130 countries have made net-zero emissions commitments, the use of fossil fuels is not yet decreasing at a fast enough pace to meet them, she said.

“Bringing circularity and renewables into the mix is the only way forward,” Andersen said.

His company has been on a “learning curve” to introduce circular strategies such as recycling plastic and taking back unused large medical equipment, he said.

“We have learned we can make this a win-win business model,” he added.

Tech giant Apple Inc – whose own operations are already carbon-neutral – said it was working towards the same goal across its complex global supply chains that use many different materials, from rare earths to tin and copper.

“This really now takes us to the next level, which is our supply chain and carbon-neutrality for the life cycle of our products,” she said.