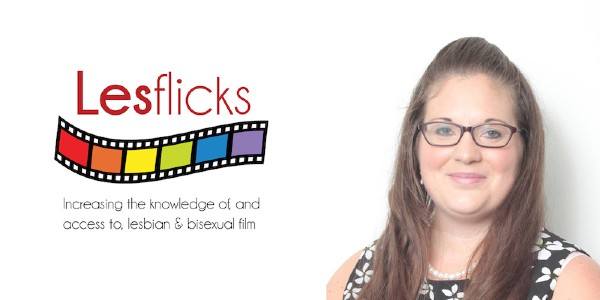 LONDON: Naomi Bennett was running lesbian-themed film nights at cinemas across London before COVID-19 struck – confining moviegoers to their homes and prompting the former legal secretary to make her social enterprise a fully online venture.

Bennett launched Lesflicks, a subscription streaming service aimed at gay and bisexual women, last year, but it only had 10 titles on offer when Britain’s first coronavirus lockdown began in March.

Today, it offers almost 80 titles including feature films, shorts and web series and has hosted dozens of virtual film-watching parties for LGBT+ women, attracting subscribers from the United States to South Africa, India and Jamaica.

“We’re not just putting films on a platform, but also bringing the community together online,” Bennett, 38, told the Thomson Reuters Foundation during a video call.

“Bringing them together… and empowering those women to meet each other and connect over a common interest,” she said.

Globally, people have been watching more television during the pandemic and a higher proportion of that on streaming services such as Netflix and Disney+, according to an October report by UK-based creative agency We Are Social.

Netflix added 28.1 million new paying users in the first nine months of 2020, compared to 27.8 million for the whole of 2019, according to its third-quarter results.

Bennett launched her venture because she wanted to support filmmakers by connecting them with movie lovers. She pays content producers half of her subscription income, split by the number of views each film or series receives.

While writing about film festivals for a blog, she said she often spoke to lesbian filmmakers whose work – not fitting the mould of a handful of Hollywood-backed historical dramas – was struggling to break even.

“I kept hearing how they didn’t ever really get money back for the films they were making. And I thought this is ludicrous, because there’s definitely people who want to watch films,” she said.

While the idea for the business was a no-brainer, coming up with a name was more taxing, and Bennett said she and her girlfriend struggled for months to think of a title that referenced bisexual, queer and transgender women too.

“After about three months we were like, ‘This is ridiculous, we’re over-complicating the language of the LGBT community’,” she said, and Lesflicks was born.

“COVID hit and it completely just threw us on our head, because we’d been focusing on face-to-face events, which we could no longer do,” Bennett said. “Now we’re reaching people from all over the world.”

She declined to say how many people now subscribe to the service, which costs $5.99 per month.

Still, the roughly 17,000 pounds ($22,000) generated from subscription fees since the business’s launch have been enough to cover the costs of running the platform, which uses software from Vimeo, a video-hosting service.

Bennett took voluntary redundancy from her job at the London office of a U.S. law firm at the end of September and is now working on Lesflicks full-time unpaid, with help from a team of 23 volunteers, including translators to write subtitles.

“We’re growing quite quickly… at some point you have to take that leap of faith and put more time into it,” said Bennett, who is looking for investors after putting several thousand pounds of her own money into the venture.

The business’s growth comes as market-leading streaming services such as Amazon Prime and Netflix increase their investment in LGBT+ content.

Recent Netflix series that featured relationships between women have included “Ratched” and “The Haunting of Bly Manor”, and Bennett cited the film “Professor Marston and the Wonder Women” as one of her latest favourites.

More films focused on lesbians have also made it onto the big screen in recent years, from “Carol”, which starred Cate Blanchett and was nominated for six Oscars in 2016, to Kate Winslet as paleontologist Mary Anning in upcoming “Ammonite”.

Though unlikely to become big box office hits, several filmmakers have chosen Lesflicks as the exclusive distributor of their films, attracted by relatively high payment rates for the number of views their content receives, Bennett said.

They include sci-fi feature “Aesop”, which debuted on the service in October, and “Forever Not Maybe”, about a career-focused couple navigating a long-distance relationship, coming out later this month.

Nicole Conn, a director who Bennett described as the Ridley Scott of lesbian film, released her feature “More Beautiful For Having Being Broken” on Lesflicks in Britain and Europe in May.

Still, Bennett said there are challenges ahead for Lesflicks, which as a social enterprise aims to do good while also turning a profit.

The platform will need to strike a balance between maintaining enough new content to keep subscribers happy and not adding so many films that pay per view drops – leading filmmakers to take their work elsewhere.

Further growth will also require the service to reach a wider audience, she said.

“That’s something we need to change. We need to start getting out there in front of people.”

In the meantime, Bennett said the platform aimed to meet the needs of an oft-neglected market and do its bit to support the production of more lesbian-focused content.

“There’s a real myth in the industry that there’s no paying audience for lesbian films and that’s one of the biggest things we’re trying to undo.”