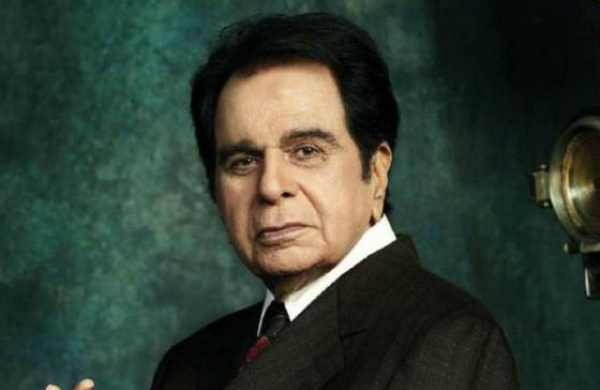 Veteran actor Dilip Kumar’s last rites were held with full state honours in Mumbai. The mortal remains of the legendary artist were laid to rest at the Juhu Kabristan in Santacruz.
The doyen of Indian film industry passed away this morning after a prolonged illness at a city hospital in Mumbai. He was 98 year old. He is survived by wife Saira Banu. The actor was admitted to the hospital last week after suffering from breathlessness.
Tributes have been pouring in from all sections of society for the legendary actor after his demise. President Ram Nath Kovind, Vice President M. Venkaiah Naidu and Prime Minister Narendra Modi have expressed anguish on the demise of the veteran actor. Information and Broadcasting Minister Prakash Javadekar also paid respects to the renowned actor.
Congress leader Rahul Gandhi remembered Dilip Kumar’s extraordinary contribution to Indian cinema. Describing Dilip Kumar as ‘Mahanayak’ of his generation, Maharashtra Governor Bhagat Singh Koshyari said the actor was the first superstar of Indian cinema. Maharashtra Chief Minister Uddhav Thackeray visited the late actor’s home to pay his tributes. He said Dilip Kumar was like a shining star who enriched the Indian film industry with his memorable performances. NCP Chief Sharad Pawar too paid his tributes and offered his condolences to Saira Banu.
Former Maharashtra Chief Minister and BJP leader Devendra Fadnavis too expressed his sadness and tweeted his condolences.
Popularly known as the ‘Tragedy King’ of Bollywood, Dilip Kumar was known as a method actor who was never limited to genres. In a career spanning more than five decades, the prolific legend was part of comedies, dramas, romance, and so on.Dilip Kumar was well known for his roles in Jogan, Babul, Azaad, Tarana, Deedar, Aan, Karma, Footpath, Daag, Devdas and Mughal-e-Azam.
Many members of the Hindi film industry have taken to social media to mourn the loss of the legendary actor. Veteran actor Amitabh Bachchan wrote that he is deeply saddened by the loss of legendary actor Dilip Kumar and that an institution has gone. Bollywood actors Dharmendra, Vidya Balan and Shah Rukh Khan have visited Dilip Kumar’s residence in Mumbai to pay their last respects to the veteran actor.
Join The Dispatch Whatsapp Group to stay updated
The Dispatch is present across a number of social media platforms. Subscribe to our YouTube channel for exciting videos; join us on Facebook, Intagram and Twitter for quick updates and discussions. We are also available on the Telegram. Follow us on Pinterest for thousands of pictures and graphics. We care to respond to text messages on WhatsApp at 8082480136 [No calls accepted]. To contribute an article or pitch a story idea, write to us at [email protected] |Click to know more about The Dispatch, our standards and policies