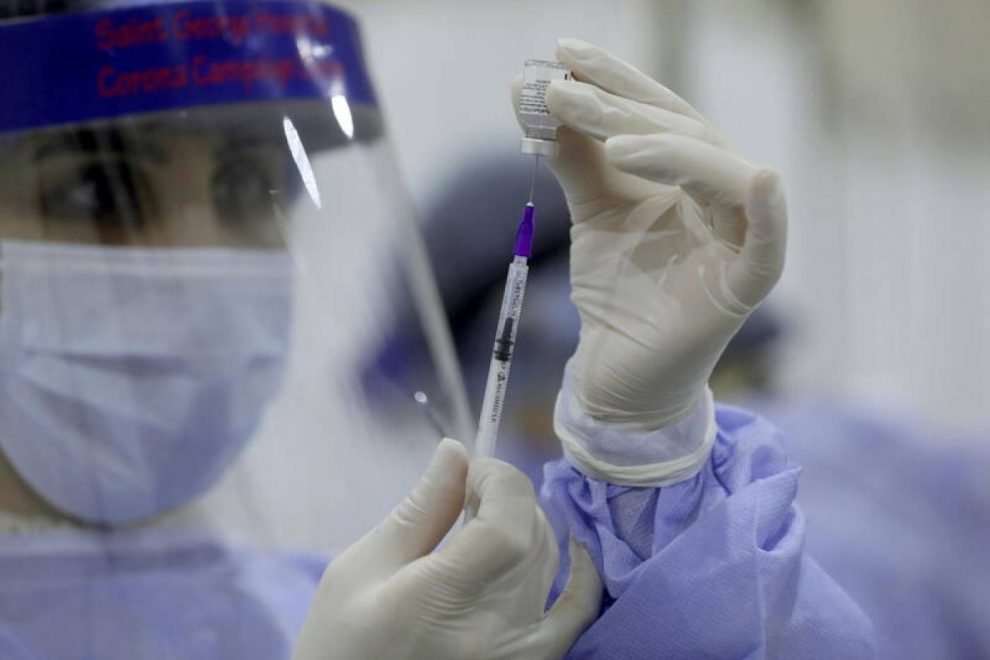 BEIRUT: A row over Lebanese lawmakers jumping the queue for COVID-19 vaccinations erupted on Tuesday with the World Bank threatening to pull its funding for the inoculation drive and human rights campaigners accusing authorities of mismanagement.

The spat broke out after a correspondent from the Thomson Reuters Foundation tweeted confirmation from parliament’s secretary general that lawmakers aged over 75 would get their shots in the legislature in Beirut on Tuesday.

That led the World Bank’s middle east regional head, Saroj Kumar Jha, to respond: “This is not in line with the national plan agreed with @WorldBank and we would record it breach of terms and conditions agreed with us for fair and equitable vaccination.”

He added that the lender “may suspend financing for vaccines and support for COVID19 response across Lebanon!!” if the violation was confirmed.

Last month, the bank agreed to provide Lebanon with a $34 million loan to fund vaccinations for roughly a third of the country’s six million people, amid a surge in new COVID-19 cases that it said was exacerbating a deep economic crisis.

Lebanon kicked off vaccinations on Feb. 14, giving first priority to healthcare workers and the over-75s who registered on an online platform.

But in the first week of the roll-out, 40% of vaccination sites breached those regulations, according to the International Federation of Red Cross and Red Crescent Societies, which is monitoring the vaccine campaign along with the World Bank.

That raised fears of favouritism in a country that regularly ranks among the most corrupt in the world, and rights groups warned that Tuesday’s incident would further damage public confidence in the vaccination programme and state institutions.

“Even before the COVID-19 pandemic and the COVID crisis, Lebanese public confidence in government institutions has been exceedingly low,” said Lama Fakih, a Beirut-based crisis and conflict director at Human Rights Watch.

“This has only declined given the mismanagement of this crisis,” she said.

A total of 16 MPs (members of parliament) and five parliamentary staff received their vaccines on Tuesday, said Secretary-General Adnan Daher.

He initially said there had been no violation of the programme’s regulations, but later conceded that some of the group were in fact under 75 and therefore not in the top priority group.

The head of the country’s COVID-19 vaccination committee, Abdel-Rahman Bizri, said earlier he would quit over the incident but later vowed to stay on to keep the inoculation programme from unravelling.

He told a news conference the MPs’ queue-jumping was “a grave infraction that cannot be repeated”.

The lawmakers’ vaccinations also fueled concerns that vulnerable groups – such as thousands of migrant workers and a million refugees – might be left out.

“While (authorities) say they will cover everyone in Lebanon, plans in place will not make that happen,” Fakih said, noting that a government mandate to bring ID for vaccination could result in the exclusion of undocumented people.

Syrian refugees in Lebanon died from COVID-19 at a rate more than four times the national average, some 4.5% compared to around 1% nationally, according to U.N. data obtained exclusively by the Thomson Reuters Foundation.

With nine out of 10 refugees living in extreme poverty, a spokeswoman for the U.N. refugee agency (UNHCR) in Lebanon said fear of movement restrictions and other socio-economic considerations were likely to blame.

Lebanon has had one of the region’s highest infection rates, and ordinary people took to social media to express their anger and frustration over the pace of the vaccination programme and Tuesday’s events in parliament.

“My 92-year-old grandpa, who uses an oxygen machine, till date didn’t receive an sms and they’re getting theirs! Messed up!” Twitter user Jessica Kassab wrote.