Kashmir Situation has wheels within wheels.It is enveloped in a dense opacity with layer upon layers of distortion’s of distortion’s of history,self serving myths and competing political interests. Peeling off these layers by revisiting history,without prejudice on the real issues involved can only help in a better way forward.

Question is whether the Kashmiri’s political leadership is honest in its efforts to build a narrative that is in peoples interests.

The PAGD is vocally demanding restoration of Article 370 and say that the abrogation is per se illegal and unconditional. Supreme Court is examining the constitutional validity of abrogation and simultaneously the peoples movement in Kashmir is also a challenge to legality of the abrogation.

He launched a narrative that restoration of Article 370 is impossible as long as BJP is in power and till the anti BJP dispensation takes over the central government and muster two third majority in the parliament.Therefore misleading the people for an unachievable objective amounts to further compound the miseries of the common people.

*No constitution amendment bill was brought in Parliament or passed

*On August 5,2019 the Government issued an order under article 370(1) superseding a similar order of 1954 and adding clause(4) to article 367 (the interpretation of article of the constitution).

*On the same day the govt brought a resolution before the parliament for the repeal of article 370 and it was passed by both houses under the proviso to art.370(3) of the Constitution.

*On the same day Government introduced and passed in Rajya Sabha -The Jammu & Kashmir (Reorganisation) bill 2029, bifurcating the State and created two Union territories.It was passed by Lok Sabha on the next day.This was done under article 3 of the Constitution.

*On August 6,2019,The President made a notification under article 370(3) of the Constitution declaring that all the clauses of article 370 shall as on 6th August 2019 cease to be operative except a sole new clause that was introduced by the same notification.

PAGD has a consistent ideological foundation for its demand for restoration of special status under Article 370 of the Constitution.It maintains this was the basis of constitutional arrangements between Kashmir and New Delhi supported and endorsed by the Constituent Assembly.Hence no compromise.

On the other hand Ghulam Nabi Azad conscientiously seemingly is raising a narrative on special status on realism,worldly wisdom and speaks the language of his heart.some Congressmen are opposing Azad by spreading half truths.It is in public domain that half the CWC endorsed the abrogation of article 370 and the leadership maintained silence.It was Azad who spare headed the frontal attack on the Govt. In Rajya Sabha and his G-23 colleagues in Lok Sabha -Manish Tiwari & Co.Kashmiris need to give Azad benefit of wast political wisdom.He deserves a reasonable hearing by people in the country and particularly in JK Union territory.

So better avoid a competitive narratives on Kashmiri’s special status and article 370,It is fraught with making the ensuing election campaign murkier)

Adv Ashok Bhan is an eminent legal expert and Chairman of Kashmir (Policy & Strategy) Group. These are excerpts from his speech at Indraprastha University Colleges. Views are author’s personal. 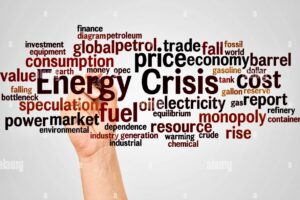 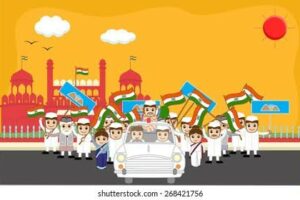 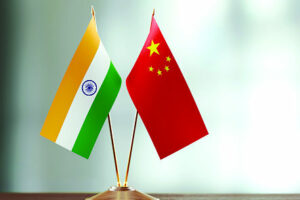