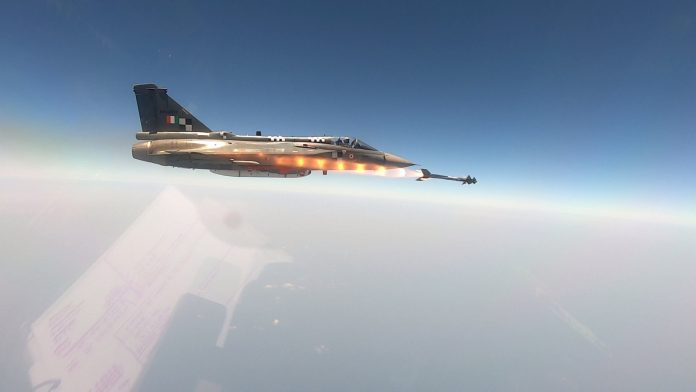 Indigenously-developed light combat aircraft Tejas has been cleared to carry fifth generation Python-5 air-to-air missile as part of its weapons package that would significantly enhance the combat prowess of the jet, officials said on Wednesday.

The decision to allow Tejas to carry the missile came on Tuesday following a series of trials to validate the performance of the aircraft, they said.

“Tejas added the 5th generation Python-5 air-to-air missile in its air-to-air weapons  ..He said the test firing at Goa completed a series of missile trials to validate performance of the aircraft under extremely challenging scenarios.

“Derby missile achieved direct hit on a high speed maneuvering aerial target and the Python missiles also achieved 100 per cent hits, thereby validating their complete capability. The trials met all their planned objectives,” the official said.Prior to these trials, extensive missile carriage flight tests were conducted at Bengaluru to assess integration of the missile with the aircraft systems on board the Tejas.

“Python-5 missile live firing was conducted to validate target engagement from all aspects as well as beyond visual ranges. In all the live firings, missiles hit the aerial target,” the official said.