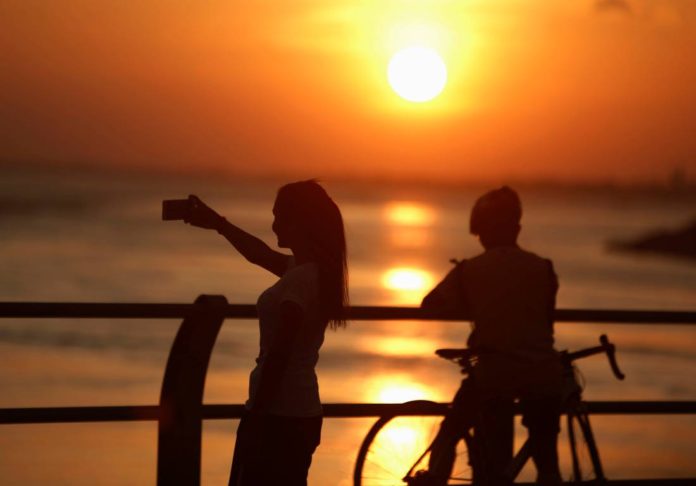 PHNOM PENH: A proposed law that would let Cambodian police fine people deemed to be dressed inappropriately could be used to curtail women’s freedoms and reinforce a culture of impunity around sexual violence, rights campaigners say.

The draft legislation, which will take effect next year if approved by several government ministries and the national assembly, would ban men from going out shirtless and stop women from wearing anything “too short” or “too see-through.”

While billed by the government as a way to preserve national traditions, critics fear the law will be used as a tool to control and oppress women in the socially conservative country.

“In recent months, we’ve seen the policing of women’s bodies and clothing from the highest levels of government, belittling women’s rights to bodily autonomy and self-expression, and placing blame on women for violence committed against them,” said Chak Sopheap, executive director of the Cambodian Center for Human Rights charity.

“I’m apprehensive that this will be disproportionately used against women exercising their fundamental freedoms,” she added.

But Ouk Kimlekh, an interior ministry secretary of state leading the drafting process, said the legislation was needed to preserve traditional culture.

“It’s good to wear something no shorter than the middle of the thighs,” he told the Thomson Reuters Foundation.

“It’s not entirely a matter of public order, it’s a matter of tradition and custom,” he said.

Earlier this year, a woman was sentenced to six months in prison on pornography and indecent exposure charges after ignoring official warnings to wear less revealing outfits while selling clothing and cosmetics over a Facebook live stream.

Rights groups have slammed the crackdown, warning that the new law could put women at further risk of sexual harassment and violence by fostering a culture of victim-blaming.

“Reprimanding women for their clothing choices serves to reinforce the notion that women are to blame for sexual violence they suffer, and thereby further entrenches the culture of impunity which exists in relation to gender-based violence,” said Ming Yu Hah, deputy director of Amnesty International in the Asia-Pacific region.

Many Cambodians still expect women to be submissive and quiet, a legacy of the Chbap Srey – an oppressive code of conduct for women that the United Nations said last year should be “fully eliminated” from schools.

It called the code a “root cause of the disadvantaged position of women.”

The centuries-old code, which was part of the school curriculum until 2007, teaches women to be obedient and stipulates how they should present themselves.

“The invocation of ‘national tradition’ begs the question: who is defining ‘tradition’, on what basis, and to what ends?” Ming Yu Hah said.