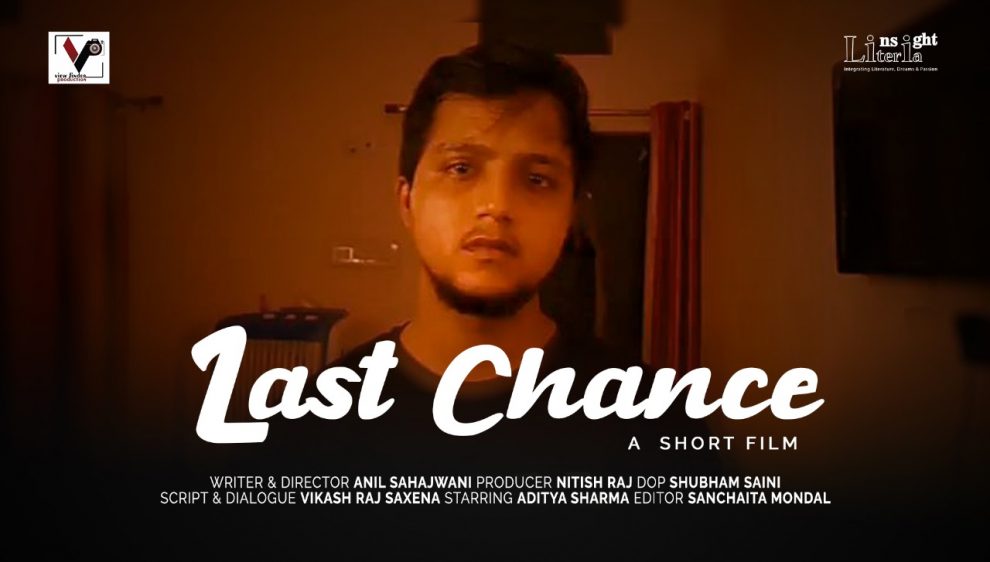 The highly decorated Short Film, ‘Last Chance’ which has received nomination in the coveted Roshni International Film Festival is based on portraying our potential amidst the world surpassing the demons of the past. The film had its shoot in Jaipur fondly known as the Pink City in just 48 hours. The film has been written and directed by Anil Sahajwani and produced by Nitish Raj, whereas DOP has been done by Shubham Saini. The script and dialogue of this film is written by filmmaker Vikash Raj Saxena. Vikash has previously been a filmmaker of the award-winning short film Zindagi. This is the second project of Literia Insight Literary Agency and Viewfinder Production.

The film is based on a protagonist who is under immense mental stress owing to unfavorable conditions in his life. He tends to believe that his average personality is acting as a blockade in his life to showcase his acting skills in front of those guys with a superb physical appearance. Even after having immense skills, he finds himself in an ocean of negative thoughts. While auditioning for a role he finds himself at the receiving end of taunts and satires owing to his average personality from his fellow actors. Our society still judges an individual not on the parameter of his skills and contrary to that we are accustomed to judge on the basis of looks and the brand of clothes and accessories which we are wearing. We need to understand that we need to respect people on the basis of their work and humbleness as it becomes imperative that we need to be a good human being first irrespective of their personality and looks. The protagonist secures the Lead Role for his dedication towards his craft of acting and perhaps that is his last chance to showcase his craft. Indeed! Last Chance never means that you will receive an opportunity in your last chance. We need to understand that we should never lose hope in unfavorable circumstances and should be focused towards our goal as we will be successful someday for sure!