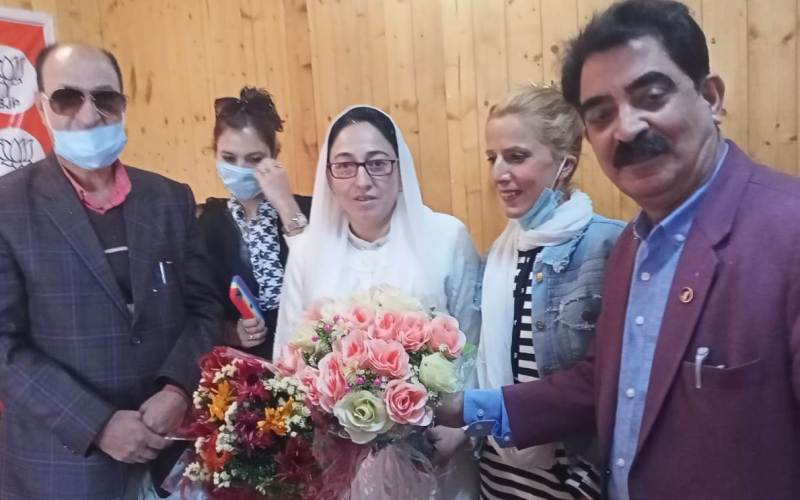 SRINAGAR: The Waqf Board has identified the land for the much-needed cancer hospital in Kashmir in the Eidgah area of Srinagar with Chairperson Darkshan Andrabi saying that the foundation stone of the hospital is likely to be laid by Union Home Minister Amit Shah soon.

Andrabi said that the cancer hospital was set to come up near Hazrat Sultan ul Arifeen (RA) shrine, but the Department of Archaeology didn’t allow the construction of a building there.

However, she said that a huge chunk of Waqf land, which is near about 650 kanals in Eidgah is available. “The encroachment will be removed and 60-80 Kanal of land will be kept for the cancer hospital so that the poor and needy people will get some respite,” she said, adding that it is the time when the cancer hospital has to come up and if the step is not taken at this juncture, it can never be taken in the future.

She further said that the Waqf runs with the charity of the people, and the people here always remain ready to give donations. “We have been receiving mails and phone calls about the cancer hospital as the people are ready to donate for the great cause,” she said.

“We are trying to set the things correct in the Waqf board and thus the frequent orders are being made with an aim to ensure transparency and accountability in the Waqf,” she said. “We are the caretakers of these shrines and we will take every decision to maintain the sanctity of the shrines,” she said.

About the arrest of the religious clerics, she said that Lieutenant Governor Manoj Sinha has been informed about it and the matter will be looked into and the innocents will be freed as happened in the past. “We also appeal to the government to take action against the political leaders, who have been making controversial statements,” she said.