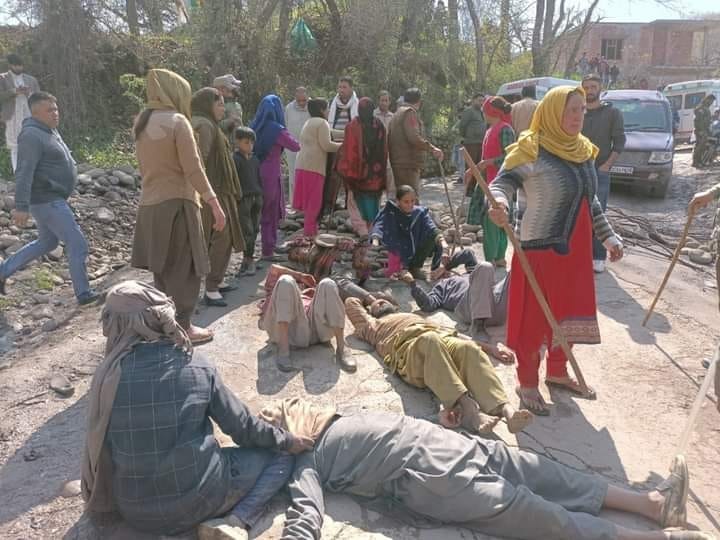 POONCH: At least seven persons were injured after a scuffle broke out between two families over a land dispute in the Sakhimadan area of Mendhar in the Poonch district.

Reports said a clash erupted between the families of Mohammad Shafi and Shah Mohammad near Ziarat Chota Badshah over a land dispute, during which seven persons were injured.

Besides Shah Mohammad (70) himself, four other persons of his family identified as Bago Begum (65), Hakim Din (65), Ghulam Nabi (60), Abdul Hamid (35) sustained injuries while as Shaheena Akhter (32), Salma Kounser (24) were injured from the family of Mohammad Shafi.

Soon after intimation, Tehsildar Mendhar Gourav Sharma besides SHO Manzoor Kohli and SDPO Sheezan Bhat visited the spot and controlled the situation and directed for evacuation of injured persons for treatment. The injured were subsequently taken to a nearby health facility.

BMO Mendhar Dr. Parvaiz Ahmad Khan told that two ambulances were rushed and the injured evacuated from the spot to Government Sub District Hospital Mendhar. “All of them are stable and responding well to the treatment”, the medical officer said.

Meanwhile, a police official told that they have registered a case into the incident. “We have also arrested one Mohammad Shafi”, the official said. (GNS)