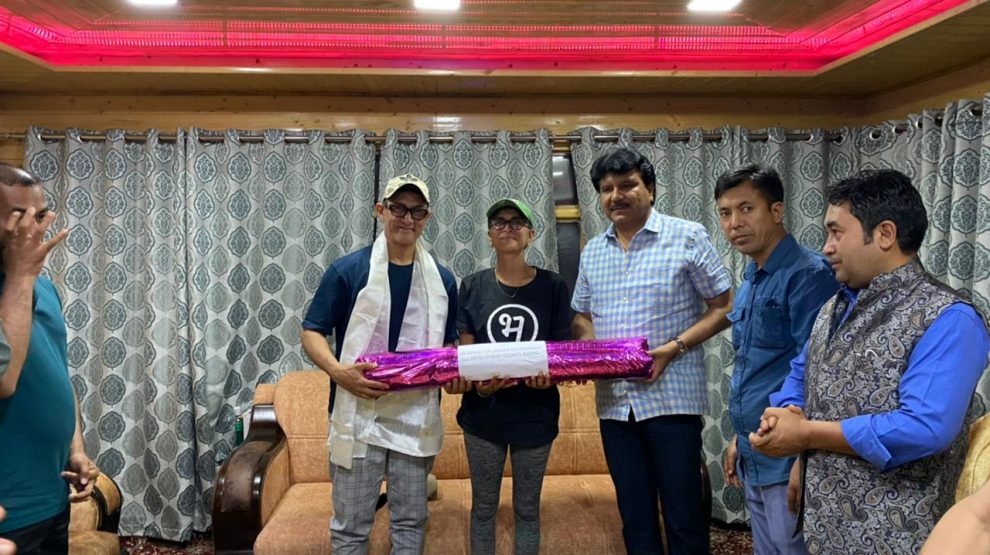 Wishing the Lal Singh Chaddha Team all the very best for the film: Feroz Khan

Kargil, 26 July 2021: LAHDC Kargil and District Administration Kargil hosted a dinner as a token of  love and gratitude at the residence of Deputy Commissioner Kargil here today.

Bollywood superstar and ace actor  Amir Khan and  Kiran Rao, who were present on the ocassion, said they were extremely touched by the warmth and the love they recieved in Kargil. Mr. Khan appreciated the proactive cooperation recieved from the local public as well as the District Administration during the entire period of the shooting in Kargil. He thanked DC Kargil, the local administration, the local council and the public.

Interacting with the actor-producer, Feroz Khan said that exploration of newer locations for shooting films go a long way in promotion of tourism for the natives. He wished the team of Lal Singh Chadha all the very best for their upcoming film. He said that the LAHDC Kargil has extended and will further extend all possible support to all films shooting in the district.

Pertinent to mention here that Lal Singh Chaddha is an adaptation of the acclaimed 1994 American film Forrest Gump, is wrapping up their one month long shooting for the film in Kargil.