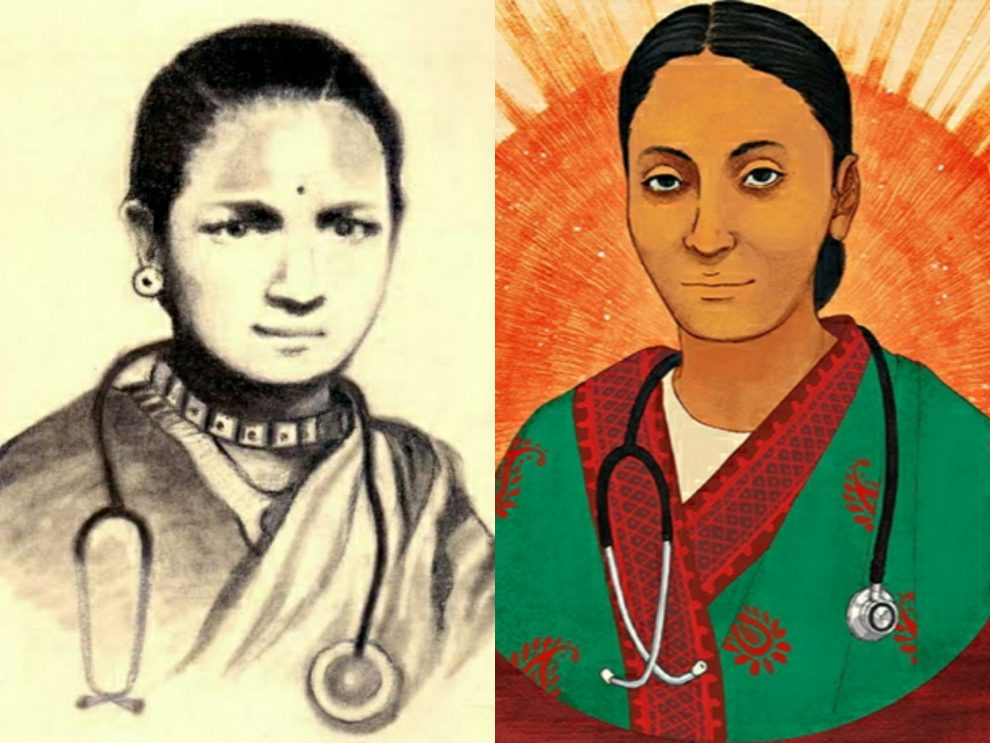 It was 24 February 1883. A diminutive eighteen-year-old girl stood up before an entirely male audience in the town hall of Serampore, West Bengal, seeking approval for an unprecedented plan. Her presence by itself was worthy of notice. At the time, women did not leave their homes—certainly not to address men. But what this solemn young woman was saying was even more unusual. She was announcing her intention to sail across the ocean, breaking caste rules and courting ostracism, to study medicine in the US. Alone. The first Indian woman to ever do so.

The girl was Anandibai Joshi, who would eventually become India’s first woman doctor. On that crucial day, she gave such a convincing performance that her speech was later turned into a pamphlet. ‘Why do I go to America?’ she asked. ‘I go to America because I wish to study medicine. The want of female physicians in India is keenly felt in every quarter.’ Anandibai went on to explain that the restricted freedoms allowed to Hindu women in India, and the harassment she had faced as she walked to school, made it near impossible for her to study in India. ‘To continue to live as a Hindu and go to school in any part of India is very difficult.’

The maverick Anandibai was followed by other fearless women. Kadambini Ganguly battled colonialism and defamation as a ‘whore’ to become India’s first practising doctor, all while bringing up eight children. Rukhmabai Raut escaped the marriage she had been forced into as a child by divorcing her husband, unheard of for Hindu women at the time. They made medicine an acceptable profession for women, and later, even a respectable one.

Little is known of these unsung women, commonly called ‘lady doctors’. They do not appear in our textbooks or museums, and have been largely left out of Indian history. A crater on Venus is named after Anandibai, but not a single road or school in India. Anandibai and Rukhmabai have had biographies written about them in Marathi; Rukhmabai was the subject of a 2017 film by Anant Mahadevan and, in 2019, Sameer Vidwans directed a Marathi film about Anandibai. Nevertheless, these women are hardly household names across India, in the way that Sarojini Naidu or Rani Lakshmibai of Jhansi are.

These pioneers would inspire other women to become doctors, women who would go on to found institutes that shaped modern India. In West Bengal, fiery Haimabati Sen—a mere child of ten when widowed—would overcome huge challenges to follow in Kadambini’s footsteps. Chennai’s Muthulakshmi Reddy would become a fervent social reformer, abolish the devadasi system and go on to establish the Adyar Cancer Institute. In the princely state of Travancore, Mary Poonen Lukose would become a royal physician, India’s first surgeon general and first woman legislator. None of them would be remembered in any significant way, and some, like Haimabati, would be completely erased from memory.

This erasure has consequences. Men will argue that women have made no contributions to science. The truth is that they were often not allowed to. Those that were allowed to study have been forgotten or their achievements diminished. Thus, a generation was reared on the trope that women made worse scientists than men because they were not ambitious, determined or tough enough. Meanwhile, in reality, a host of ambitious, determined, tough women were storming medical colleges, topping their classes and making scientific advances, which was brushed under the carpet.

Their forgotten lives hold many lessons for modern women. How did they defy the popular idea that women were unfit for medicine? How did they persuade medical colleges to open their doors? What did they do to escape the suffocating bonds of family, caste and society? How did lady doctors go from being called ‘whores’ to highly respected professionals?

All these women had something in common: they were fighters. And they certainly had plenty to fight. In the 1860s, upper-caste Indian women barely left the house, let alone travelled overseas to study. Educating a girl was considered unnecessary; educating them in the sciences even more so. Amongst Hindus, it was considered unlucky to let girls remain unmarried after the age of ten. Girls would often be married and widowed before they were twelve, then spend the rest of their lives in poverty. Across the world, medical colleges banned women from attending.

They faced intense opposition: religious, caste-based and patriarchal. They were stoned, harassed and jeered at. Some of the most feted men in India—including the beloved freedom fighter Bal Gangadhar Tilak—opposed higher education for women. Brilliant women doctors who won medals at university were forced to give them up because men felt threatened.

It is to uncover their hidden stories that I wrote this book. But it was not as easy as it sounds. Like most women of their time, many of them did not keep diaries or write their autobiographies. The memoirs they did write were not thought worthy of preserving, and were lost or destroyed. Haimabati Sen wrote her autobiography, but it remained hidden for years in an old trunk, because no one thought it worthy of notice, not even her family. Some, like Anandibai Joshi, did write letters, but they were in Marathi, and thus unavailable to many as translations were hard to come by.

Often, the flamboyant husbands of lady doctors monopolised the narrative. While some were supportive, others, like Haimabati’s, were feckless drunkards. Anandibai Joshi’s domineering and abusive husband, Gopalrao Joshi, was given the credit for her success. Similarly, Kadambini’s husband, the prominent Brahmo reformer Dwarkanath Ganguly, was much praised for his encouragement of her ambitions. His extensive writings and letters survive—probably carefully preserved—while hers do not.

By the time of Muthulakshmi Reddy and Mary Poonen Lukose, in the 1920s, women had emerged from the shadows of their husbands. But Indian libraries still carry little or nothing about lady doctors of the time. It is a terrible injustice that the writings of Indian lady doctors are mostly to be found in libraries in the UK and US, and not easy for Indians to access. There are several about whom we know nothing beyond their names.

In most cases, I could not trace the relatives of the doctors I wanted to write about, and those I did had no memories of these pioneering women in their families. Given the shortage of material, I have chosen to focus on those lady doctors about whom some information survives, and who seemed to me to have the most compelling and fascinating stories. Often—given they did not maintain diaries—I had to look for insight in the journals of their friends or contemporaries. It is impossible to list every woman doctor, so I have likely overlooked many. For the purposes of this book, I also focused on women who practised Western medicine. I refer to them by their first names, not out of disrespect, but because Indian women often go by their first names.

Excerpted with permission from Lady Doctors: The Untold Stories of India’s First Women in Medicine, Kavitha Rao, Westland Publications. Read more about the book and buy it here.

“The Occupied Clinic”: This book explores the interrelations between medicine and violence in Kashmir
“Mission Shengzhan”: This geopolitical espionage thriller is set against the backdrop of the Covid-19 pandemic
Comment