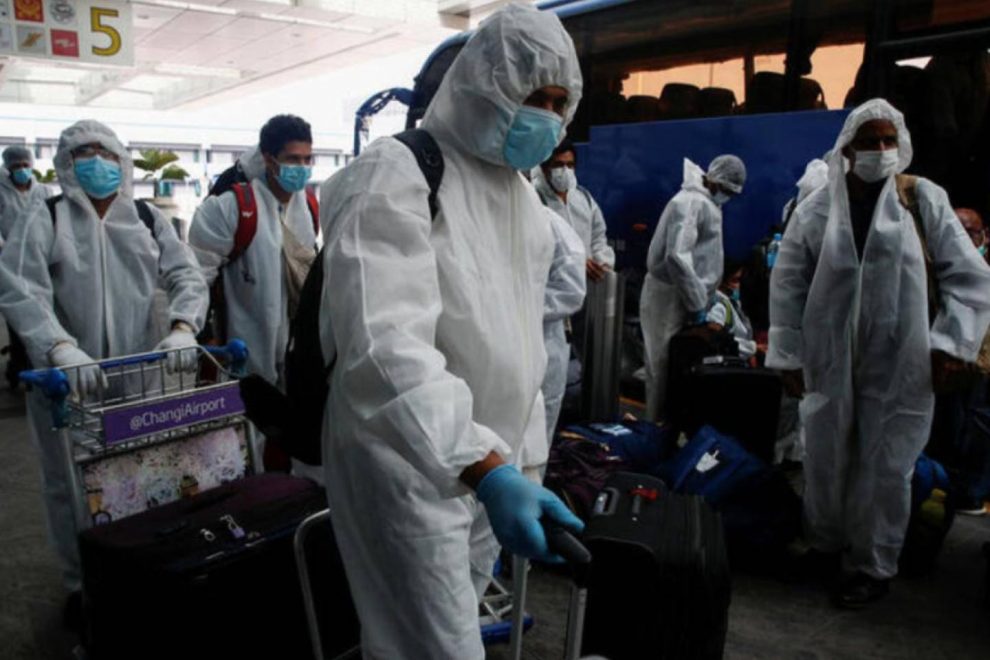 NEW YORK: Hundreds of thousands of seafarers around the world are stranded at sea due to coronavirus travel restrictions, unable to go home or get medical care, the International Labour Organization (ILO) said on Tuesday, calling on nations to address their plight.

Many shipping and transport workers have been at sea as long as 17 months or longer, as COVID-19-related restrictions make it almost impossible to rotate crews, the United Nations’ labor agency said.

The ILO adopted a resolution asking nations to take action by providing medical care to seafarers in need, waiving visa or documentation requirements and designating seafarers as key workers who are allowed to go home.

“The problems faced by seafarers resulting from efforts to contain the virus have lasted unacceptably long,” said ILO Director General Guy Ryder in a statement.

“These key workers continue to transport the food, medicines and goods that we need, but their extended periods at sea, and the inability of seafarers ashore to relieve them, are simply unsustainable.”

About 90% of world trade goods are transported by sea, and coronavirus restrictions have crippled supply chains even as lockdowns ease in some parts of the world.

Nautilus International, a union of some 20,000 shipping workers, has launched a global campaign for crew changes by Christmas.

The London-based organization said it estimates 400,000 seafarers are stranded on ships, unable to be relieved.

Another 400,000 seafarers are home, unable to take over the jobs at sea and in serious financial hardship, it said.

At a virtual summit hosted by Britain in July, a dozen countries including the United States, Germany and Singapore agreed to open up their borders to seafarers and increase the number of commercial flights to speed up repatriation efforts.

But countries must act on their commitments, the U.N. agency said. In June, Pope Francis paid tribute to the stranded seafarers in a special video message, saying they were “not forgotten.”