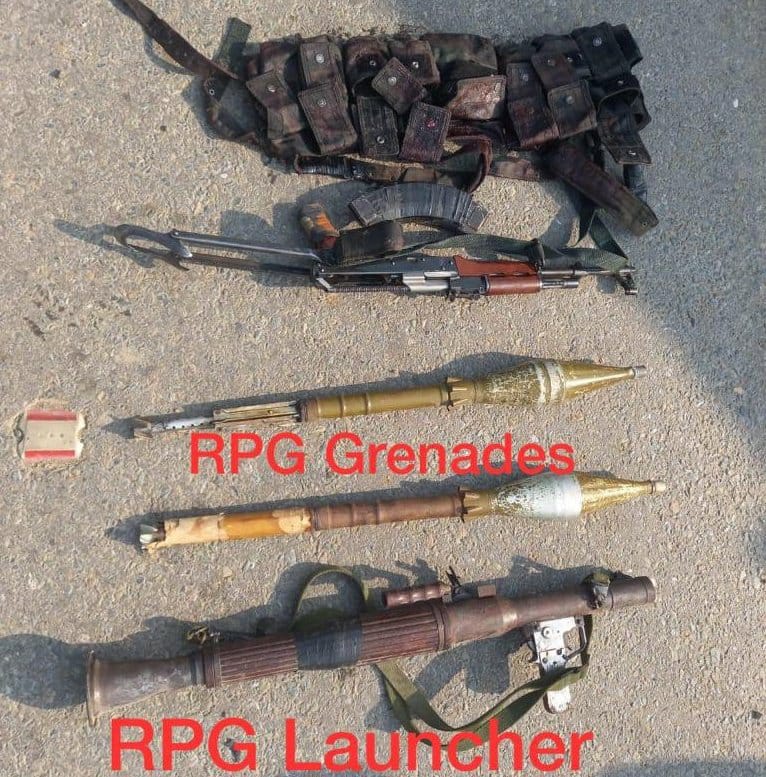 KULGAM: Inspector General of Police (IGP) Kashmir Vijay Kumar Friday said that a foreign militant was killed in the Kulgam encounter while the second one managed to flee.

He said the slain militant had taken shelter in a nearby building after attacking the BSF convoy at Meerpora, Kulgam. “Intermittent firing remained on throughout the night and in the wee hours, and one foreign militant identified as Usman who was affiliated with the Lashkar-e-Toiba outfit,” the IGP told reporters.

He said that Usman was a “dreaded militant” and he was planning a big strike on security forces ahead of Independence Day. “One AK-47 rifle, four magazines, a few grenades and an RPG launcher along with the cell, was recovered from the slain militant,” the IGP said.

He said that security forces had already received input about the possible militant attack on highways including Qazigund to Pantha Chowk. “It was due to the alertness that militants after attacking the BSF convoy were zeroed in forcing them to take shelter in a nearby building,” the IGP said. The IGP said that the highway is being cleared and the traffic will resume shortly.

He said militant attacks are being planned in Kashmir ahead of 15 August to instil fear among the people to prevent them from participating in the I-Day functions. “We have put in place stringent security measures to ensure August 15 functions pass off peacefully. People are requested to participate in the I-Day functions in large numbers without any fear,” the IGP said.

Pertinently, in the Kulgam encounter, two youth, had sustained bullet injuries during clashes while a CRPF man had also received the bullet injury, in his foot. The IGP while replying to a query said that one person has been detained in connection with the recent grenade explosion on the Hari Singh High Street (HSHS) in which ten civilians sustained injuries and the attacker will be caught soon—(KNO)