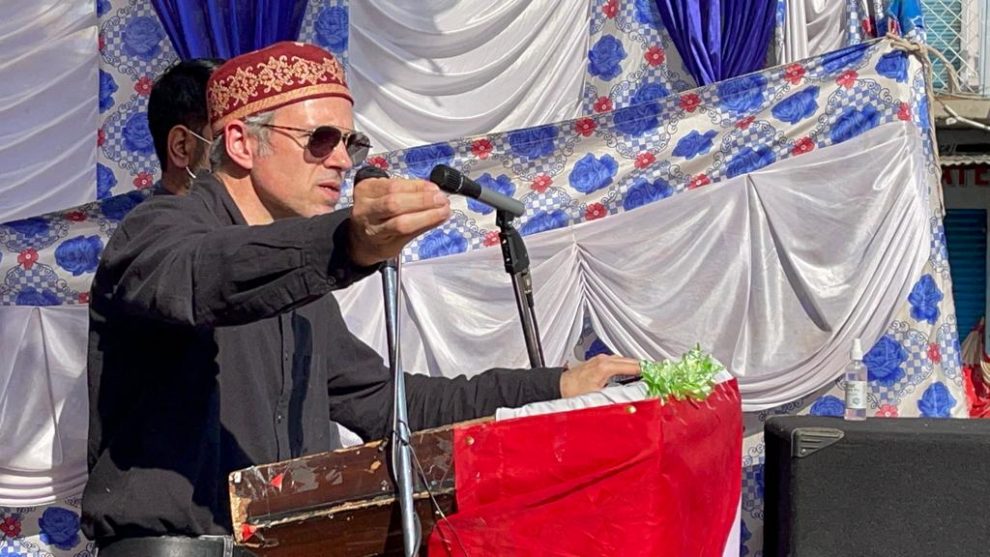 Says Many lies projected in The Kashmir Files; it was Governor Jagmohan in Kashmir under V P Singh’s rule in 1990: Omar Adullah

KULGAM: National Conference working-president and the former chief minister of J&K Omar Abdullah Friday termed the film—The Kashmir Files, as a concocted story stating that “many lies have been projected in the movie” and that it wasn’t NC government in 1990 but a governor’s rule under the VP Singh’s regime.

Talking to reporters on the sidelines of a rally at Kulgam district of South Kashmir, Omar said firstly, it wasn’t clear whether the movie was a documentary or a film. “If it is a documentary then it was alright, but the makers have themselves claimed that the movie was based on reality. But the fact is that many lies have been projected in the film and the biggest one is that it has been wrongly shown that there was an NC government. The fact is that it was Governor’s rule in 1990 in J&K when Kashmiri Pandit’s left Kashmir. At the Centre it was BJP backed government headed by VP Singh,” Omar said.

He said it was regrettable that KPs migrated from Kashmir but NC tried and continues to play its part to bring the KP’s back safely. “But Kashmiri Files movie has spoiled such plans,” the former Chief Minister said. On the recent visit of BJP chief JP Nadda and to Jammu the Home Minister Amit Shah’s visit to Jammu, Omar said that NC was watching the developments keenly and would act accordingly—(KNO)