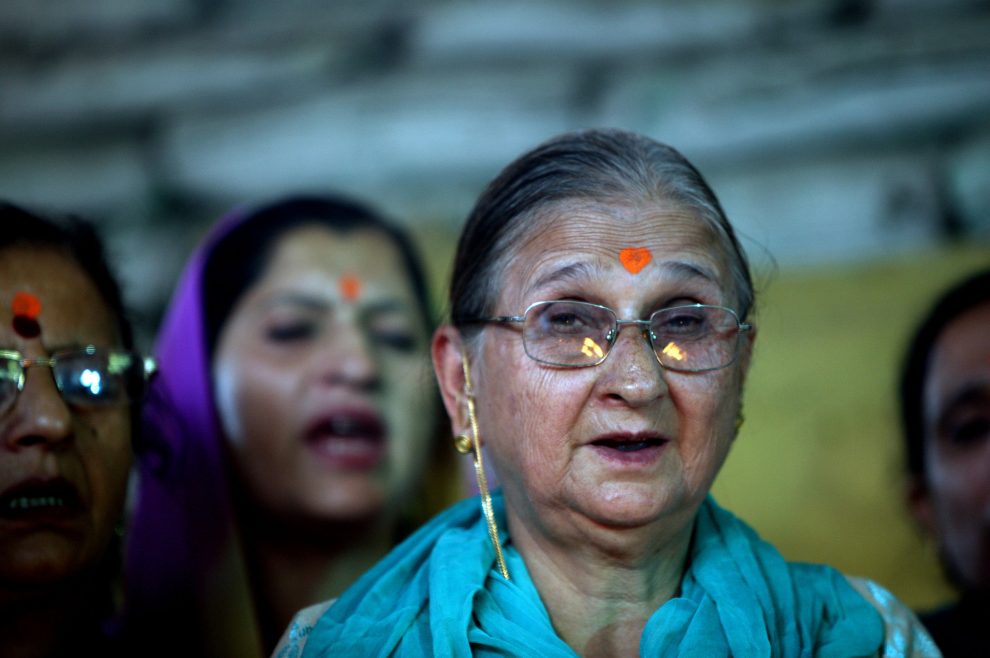 It is an established fact that the history of Jammu and Kashmir begins with the history of Kashmiri Pandits, the indigenous people of Kashmir. The oldest documents of history of Jammu and Kashmir like Neelmatpuran, Rajtarangini, Vikramankdevcharit and other chronicles are testimony of this fact. The contributions of the Pandit community in the fields of literature, architecture, civilizational flow, medicine, philosophy, music, dance, law, politics, history writing, religion and sociology are well recognised, profound and immense.

It is true that the foundations of the present Jammu and Kashmir were laid by their forefathers in the past history. They were instrumental in bringing to an end the barbaric rule of Afghans in Kashmir valley in 1819. It were Birbal Dhar and his son Rajakak Dhar who at the cost of annihilation of their family went ahead and convinced Maharaja Ranjeet Singh to intervene with his military might to close the chapter of Afghans in the Kashmir valley. Birbal Dhar led the expedition himself along with Hari Singh and Raja Gulab Singh, and consequently, Jabbar Khan, the cruellest Afghan Governor was defeated in the battle of Shopian. Thus Kashmir became an integral part of the State of Lahore under the kingdom of Maharaja Ranjeet Singh.

Later on, as a result of the Treaty of Lahore and Treaty of Amritsar, the modern Jammu and Kashmir state was established by the Dogra ruler Maharaja Gulab Singh in 1846. The Kashmiri Pandits continued to play vital role in strengthening the rule and administration of the Dogra kingdom in Jammu and Kashmir. They also contributed to the welfare of the people in a number of neighbouring states politically, administratively and otherwise. In the fields specifically administration, education, medicine, culture and law, the contributions of Kashmiri Pandits are remarkable and exemplary.

Immediately after 1947, they became the eyesore of the new and emerging political dispensation, unfortunately, due to their qualification, merit, capabilities and contributions. They were divested of their lands and earnings by the new laws and decrees and were smartly side-lined in a number of fields of activity. This ultimately led to their genocide and forced mass exodus in 1989-90 at the hand of the fundamentalists and terrorists in the valley of Kashmir. It is an irony that the successive governments failed them during and after their unfortunate exodus from Kashmir. They were forced to get dispersed by the wrong policies of the governments and compelled to seek refuge on their own in various cities and towns of India and abroad.

Their displacement due to the ethnic cleansing, dispersal due to the failures of the governments and step-motherly treatment on behalf of the administration against them made them virtually ‘persona non grata’ in their own homeland. They have been turned from de jure first class citizens of the state to de facto second class citizens of Jammu and Kashmir. There is a strong view that in case the situation continues as such for a longer period, the identity of the community would get evaporated and thus extinguished in due course of time. There are a number of examples that justify this apprehension. However, it would be appropriate to go through their struggle in exile before coming to the issue of these examples.

Right from the day they landed enmass outside Kashmir valley in 1989-90, the Pandits are in a perpetual mode of struggle in exile which continues till date. Its forms might have changed somewhat but the essence remains the same. It would be important to mention here that some key factors came to the rescue of the Pandits after their exodus which include the following: RSS, BJP, Shiv Sena-Mumbai, Dogra community of Jammu and a small fraction of the media. They came forward to extend their sympathies and help which made a mark in contemporary history.

The Pandit community exhibited an exemplary character to reassemble itself socially, culturally and politically almost on its own over the last more than three decades. Economically and politically devastated community didn’t lose its belief in seeking education and lessons of hard work and they continued with their historical pursuits with dedication. The National Human Rights Commission (NHRC) in its decision in a case of genocide of Pandits, led by this author, declared in 1999:

The crimes committed against the Kashmiri Pandits are, by any yard stick, deserving of the strongest condemnation; Whether the Commission looks to the data provided by the complainants, or to that provided by the State Government or the Union of India, the facts are, beyond question, stark and tragic; There can be no gain saying the acute suffering and deprivation of the community; Commission is constrained to observe that acts akin to genocide have occurred in respect of the Kashmiri Pandits; In the minds of and utterances of some of the militants a “genocide type design” may exist; The community of the Pandits has felt that it has not been given the understanding and the reliefs it deserved and to which it is entitled. The Commission has empathy for their feelings; There is no doubt as to the immense suffering caused to the Kashmiri Pandit community by the acts of terrorists and militants active in the Valley of Kashmir.

NHRC under the chairmanship of Justice Venkatachalliah also  applauded the resilience shown by the Pandit community. Three decades of long struggle slowly and steadily brought the Kashmiri Pandit community out of the “trauma of victimhood”. Their long struggle in exile at both individual and collective level paved a sense of relief to them that they were able to survive and move ahead due to their hard labour, application of mind, converting opportunities into ventures and according value to relations with the new neighbourhood, friendship and fraternity-feeling outside Kashmir valley during their exile.

The womenfolk and the younger generation of the Pandit community made an indelible mark all these years by executing exemplary character and penchant for success and glory. In spite of the experiences of apartheid and bias, they continued with their perseverance, right attitude and accommodating approach to move ahead with, without and despite. The Pandits made it sure that they don’t forget the facts of history but with the passage of time they exhibited their age-old ethos of forgiveness.

While expressing their anger against the tragic events of brutalities, they maintained the decorum of language, debate and discussion. This helped the Pandit community to grow in a cultural-spiritual sense. They have indeed created a high moral ground in the overall scenario pregnant with a lot of political upheavals and changes. With the change of narrative on Kashmir over the last a couple of years and particularly with effect from August 2019, there was an imperative need to create an atmosphere of accommodation for the Pandits which is not being witnessed on the ground. This author has been consistently receiving and pursuing a number of general complaints of the community on virtually daily basis.

The displaced relief holders have been struggling for the enhancement of their monthly relief which is overdue now for the last five years. The PM package employees are wailing for their due and rightful promotions which have not been given to them as were given to their other non-PM package colleagues in their departments. They were forced to knock the doors of the courts for justice though a simple administrative decision could have solved the matter. Likewise the recruits in the PM package with effect from 2020 are asked to take basic pay only for the initial two years notwithstanding the fact that they are recruited in the supernumerary capacity and the SO 194 was explicitly not applicable to them. A sudden change in the decision in this regard by the administration has put these recruits to a great difficulty keeping in view that their recruitments are nearly their displacements from their homes in Jammu and elsewhere. It will take a long time to build quarters in the valley for them to live in and thus all of them will be forced to live in rented accommodations causing a huge financial loss out of a meagre basic pay. This is indeed injustice and discrimination meted out to them and extending to them a feeling that were the children of lesser gods.

The oldest community of the Jammu and Kashmir state, the Kashmiri Pandits, have not been provided the due accommodation in the Delimitation Report as yet though they were emphatically conveyed that their pleas had enough substance. However, let us wait for the final report of the Delimitation  Commission in this regard. In case the community is ignored by the Commission, it would, most probably, close key opportunities for their resettlement in the valley in future.

Then their struggle for establishment of Special Crimes Tribunal to go into the excesses committed against them for the last more than three decades and also for forming a Hindu Temples and Shrines Board for Kashmir through a piece of legislation is also unabated. Whether it is the struggle for existence or for survival, these victims of circumstances are truly turned into ‘de jure first class and de facto second class citizens’.

Hope their woes and pleas are listened and paid attention to by someone sympathetic to their cause among top leadership of the nation, political class, government and administration one day. Till then it is struggle with open ends all the way for these ‘children of lesser gods’….!

The author is a senior BJP and KP leader and Incharge