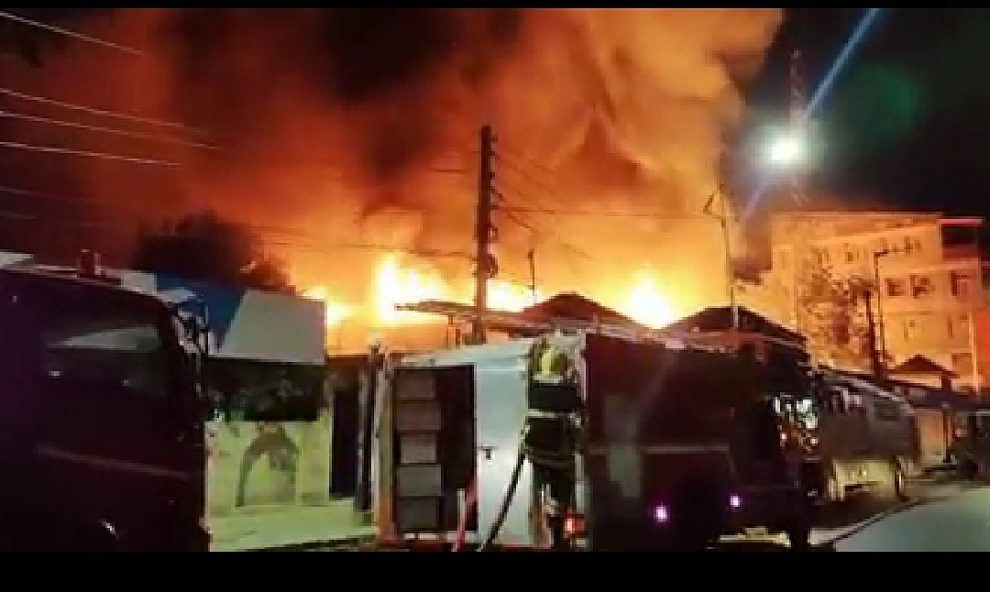 SRINAGAR: Kothibagh Police station on Srinagar’s Residency road was gutted in a fire incident in which Fire and Emergency personnel also sustained injuries during the operation, officials said.
Traffic Police headquarters in Srinagar was also gutted in a blaze in the vicinity on May 18 causing damage to the building and records.
Fire and Emergency officials said fire broke out at 0157 hours in Police Station Kothibagh at Residency road and engulfed the building within no time.
They said 12 Fire tenders were rushed from the city centre stations to douse the leaping flames which took them several hours to control the blaze, they said.
A fire service man, identified as Ansar Ahmad was also injured during the operation and has been hospitalised for treatment.
Sources said some records have been damaged in the fire. However, arms and ammunition were removed safely from the police station.
The cause of the fire is being ascertained, they added.