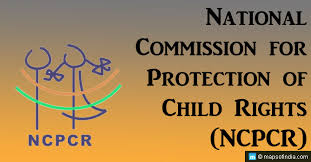 Taking cognisance of the death of 77 infants at a Kota-based government hospital, National Commission for Protection of Child Rights (NCPCR) has issued a notice to Chief Medical Officer BS Tanwar and asked him to present before the Commission to January 3.

“Commission requires you (BS Tanwar, CMO) to appear in person on January 3 to explain reasons for not sharing the action taken report with Commission. If you fail to comply with the order without lawful excuse, you will be subjected to the consequences of the non-attendance,” the notice read.

NCPCR has also constituted an inquiry headed by its chairperson Priyank Kanoongo.

“We found that the behaviour of hospital authorities irresponsible. They told us that infants died due to septicemia. They don’t have an annual maintenance contract with life-saving equipment. We found pigs inside the hospital. Doors and windows were broken and children were exposed to winds. There was no cleanliness there.

Rajasthan State Commission for Protection of Child Rights has also directed District Collector Kota, Secretary, Health Education Department, to conduct a high-level enquiry and apprise the commission of its report at the earliest.