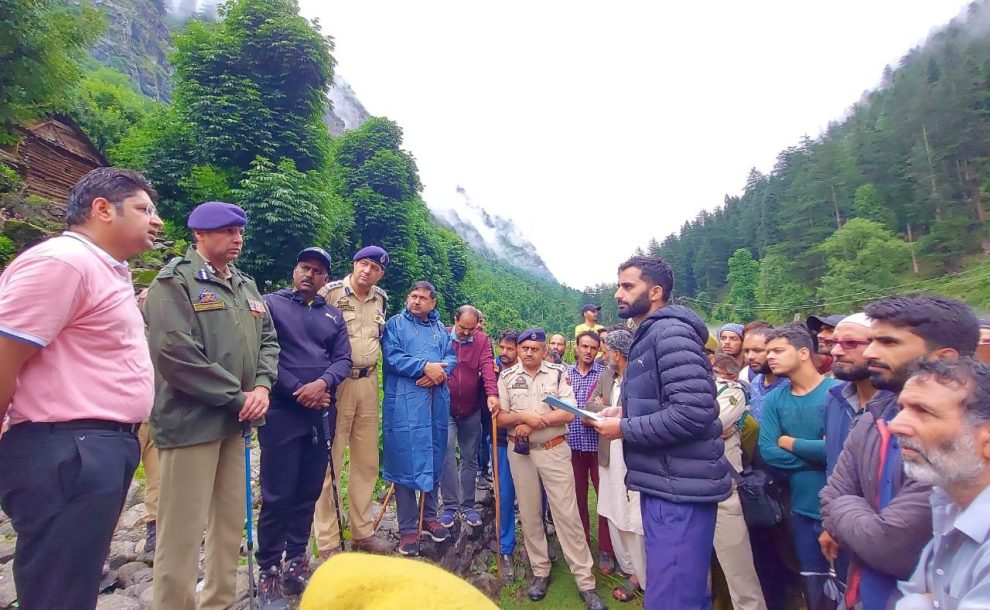 Additional Director General of Police, Jammu, Mukesh Singh and Divisional Commissioner Jammu, Raghav Langer personally supervised the rescue and relief operation in the remote village of Dacchan tehsil during their two-day visit to the area, the spokesman said.

He said the officers trekked on foot for a total of 34 kms (both sides) to get first-hand information amid difficult terrain and continuous rainfall.

He said the divisional commissioner and ADGP conducted on-site inspection of devastation caused by flash floods which were triggered by excessive rains and a cloudburst.

During the visit, the spokesman said, Langer and ADGP met with the villagers and victims and also inquired about the operation being conducted by the rescue teams.

The locals demanded the constitution of a rehabilitation committee to facilitate the provision of relief and rehabilitation of the affected people in an efficient and transparent manner, the spokesman said.

He said the locals also demanded government jobs to the next of kin of the deceased on immediate basis besides restoration of essential services like electricity, water supply and other relief measures.

The visiting officers listened to their grievances and assured them that the government is at their doorstep to provide each and every possible relief in these tough times, the spokesman said.

The divisional commissioner also assured them that directions have been issued to the officers concerned for making all provisions for restoring normal life in the area.

He directed Sub Divisional Magistrate, Marwah to expedite the process of disbursement of compensation as per SDRF norms as already announced by government to be extended into the accounts of the victims on immediate basis.

He also directed the heads of all departments concerned to assess the damage to livestock for necessary actions, the spokesman said.

Enroute, the divisional commissioner also met with delegations at Suid, Sounder and Hanzer and listened to their demands, he said.

Gear up for Assembly Polls after Delimitation exercise in J&K: Azad to parties
Active Covid cases drop to 50 in Ladakh
Comment