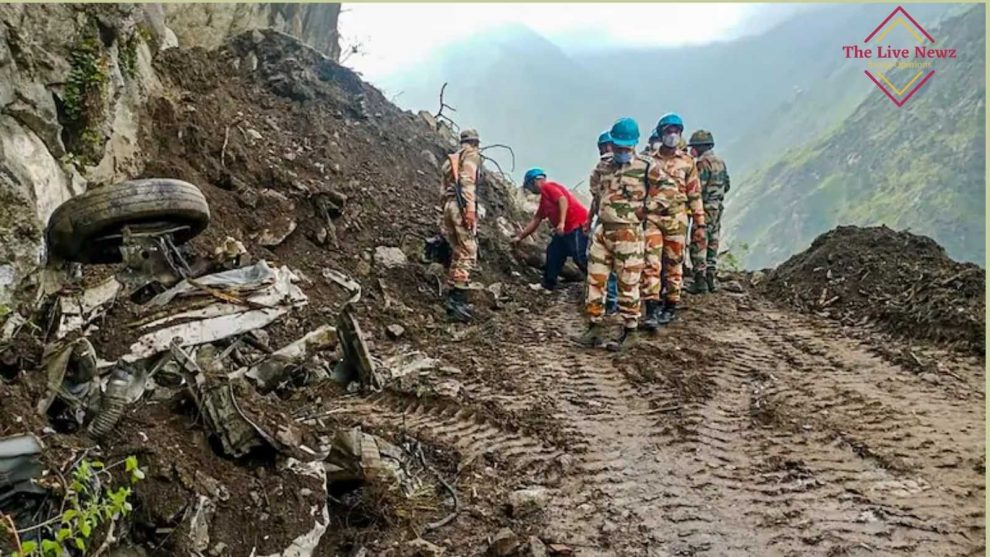 The rescue operation in Himachal Pradesh’s Kinnaur district, where a massive landslide has taken place, has been halted for the last two hours due to shooting stones from uphill, ITBP spokesperson Vivek Pandey said on Thursday.

At present, the national highway is closed. The HRTC bus wreckage is seen spread over 100 meters of area in the middle of the rubble, Pandey informed.

According to the State government, as many as 13 people have been rescued safely so far.  On Wednesday, Prime Minister Narendra Modi condoled the loss of lives in the Kinnaur landslide and announced an ex-gratia of Rs 2 lakh each to the next of kin of those who were killed and Rs 50,000 for those injured in the tragedy.

– Himachal Pradesh Chief Minister Jairam Thakur visited Community Health Centre in Bhaba Nagar of Kinnaur district to inquire about the well-being of the people who were injured in the landslide yesterday.

The rescue operation has been halted for the last two hours due to shooting stones from uphill. At present, the national highway is closed. HRTC bus wreckage is seen spread over 100 meters of area in the middle of the rubble, said ITBP spokesperson Vivek Pandey.

– The rescue and search operation stopped for the last one hour due to shooting stones coming from uphill. Total 13 dead bodies have been retrieved since yesterday, said the ITBP today.

– Himachal Pradesh Chief Minister Jairam Thakur today conducted an aerial survey of the landslide-hit area in Kinnaur. A total of 13 bodies have been recovered so far from the landslide site in the Nugulsari area.

We still don’t know the total number of passengers who were travelling on the bus. The bus is still buried under debris. If the weather permits, Army will deploy its chopper for the rescue operation. I plan to visit the landslide site in Kinnaur today, said Himachal Pradesh CM Jai Ram Thakur.

– A total of 13 bodies were recovered and 13 persons were rescued safely. Those rescued have been sent to CHC-Bhawanagar for medical treatment so far. NH-5 is through for vehicular activities but traffic movement has not been started yet, said the HP-State Emergency Operation Centre.

– A team of the National Disaster Response Force (NDRF) on Thursday engaged in the search and rescue operation at the Kinnaur landslide site in Himachal Pradesh;