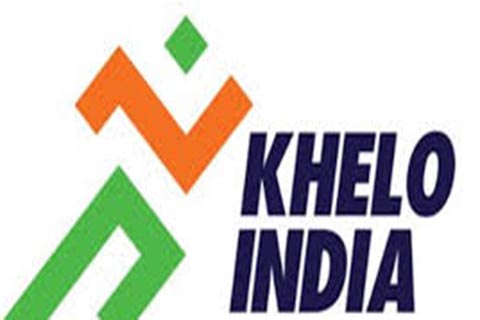 SRINAGAR: Stating that the central government is committed to youth empowerment, the Union Minister for Information and Broadcasting Monday said that they will extend more support to the sports lovers and all the required infrastructure will be developed in time to come.

The Minister of Information of Broadcasting Anurag Thakur Monday visited the Ganderbal district in central Kashmir and held a series of meetings with the officials besides meeting different delegations.

Talking to reporters on the side-lines of the visit, the Union Minister said that he held an official review meeting with the administrative officials besides reviewing the status of different schemes. “It was great to learn that there is immense progress on these centrally sponsored schemes despite the Covid crisis”, he said.

He informed that he met the public representatives of the three-tier system which includes the Sarpanchs, BDC’S, and DDC’s and they apprised about the progress of different works and expressed their satisfaction over the pace of ongoing progress.

He said that people are happy and youth want more progress and development of sports infrastructure.

“I’ve been coming to the Kashmir valley for so many years now but this is for the first time they have shown such a deep connection towards sports and raised demands since they have not got all this in the past 70 years”, he said.

“I have assured the sports lover youth that they will be given all the required support and if they move ahead a step our support will extend to four more steps for their benefit since the Prime Minister Narendera Modi led central government is committed to empowerment and 200 crores rupees have been granted for sports stadiums while the sports ministry has grated 34 crores for the same purpose separately besides 40 Khelo India stadiums have been granted and in case of demand more will be announced for Jammu and Kashmir”, the Minister assured.

He said that the government is committed to training the sports lovers of Jammu and Kashmir for not only winning the medals rather than winning them for India.

The minister said that he instructed the officials to complete the 100% vaccination in the next 10-15 days and start a mega 2nd dose vaccination drive for early completion of the target.

About the queries raised by the public representatives, he said that during the sessions in the parliament discussions happen and even times 100% is done and the speaker of Lok Sabha and Chairman of the Rajya Sabha are making immense efforts to ensure the members raise demands of their native places so that the outcome is more.

“There is no point in the useless debate and the debates must take place since the opposition has to do it besides the government in power has always been open to debates since 2014 to 2021”, he said.

“We take less time and proffer to give opposition more time so that they present their views”, he said.

About the sports infrastructure, the minister said that when anyone plays a specific game they want to have a more developed infrastructure.

“We have started annual training sessions for the elite athletes and they are being trained in India and abroad as well besides quality coaching staff has been appointed both locals and nonlocals”, he informed.

The minister also informed that the Khelo India Winter games will be held at Gulmarg this year on a larger scale besides both winter and summer games will be given a major boost.

Kashmiri girls are a step ahead in taking part in different events and sports, the Minister said—(KNO)