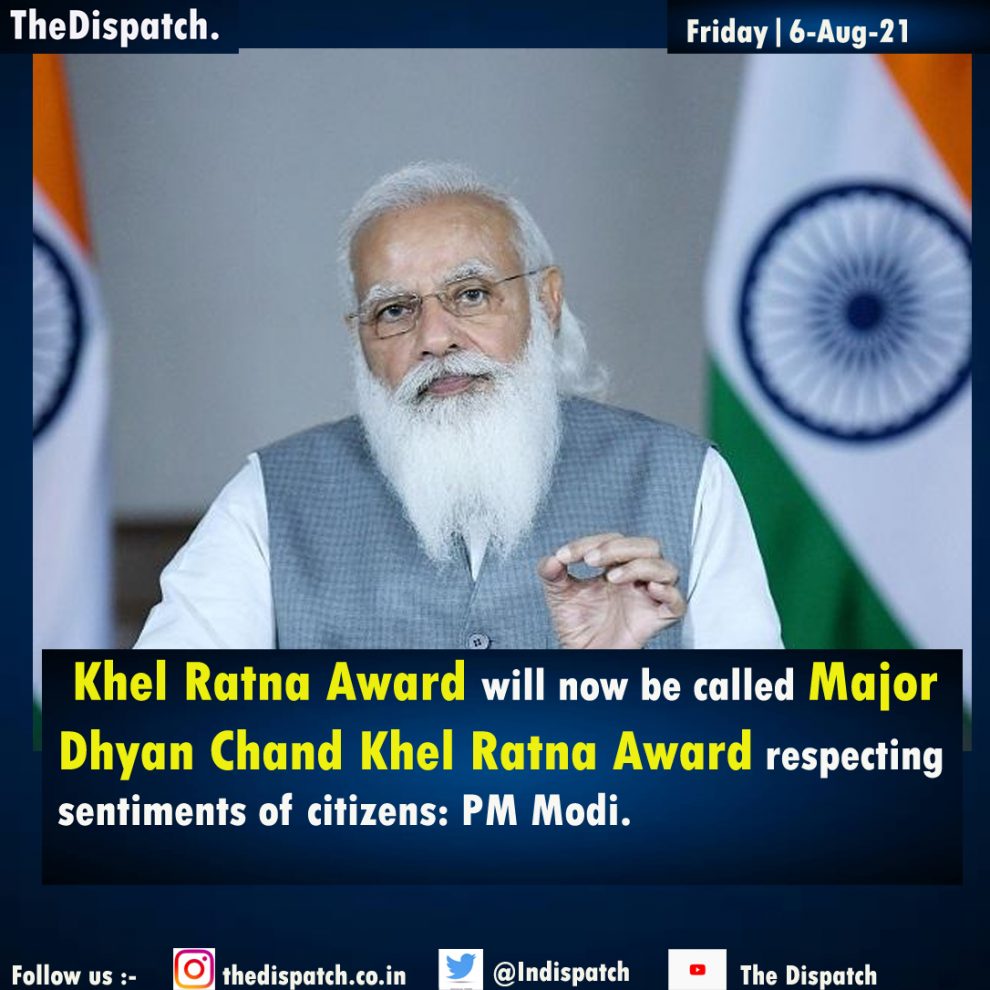 New Delhi: India’s highest sporting honour Khel Ratna Award, which was named after former prime minister Rajiv Gandhi, was on Friday rechristened in the honour of hockey wizard Dhyan Chand following the admirable performance of both men’s and women’s hockey teams in the Tokyo Olympics.

Making the announcement, Prime Minister Narendra Modi said he had been getting many requests from citizens across India to name the Khel Ratna Award after Major Dhyan Chand.

The exceptional performance of the men’s and women’s Hockey Team has captured the imagination of our entire nation, the prime minister said, adding that there is a renewed interest towards the sport that is emerging across the length and breadth of India.

This is a very positive sign for the coming times, he said.

The prestigious award carries a prize money of Rs 25 lakh.