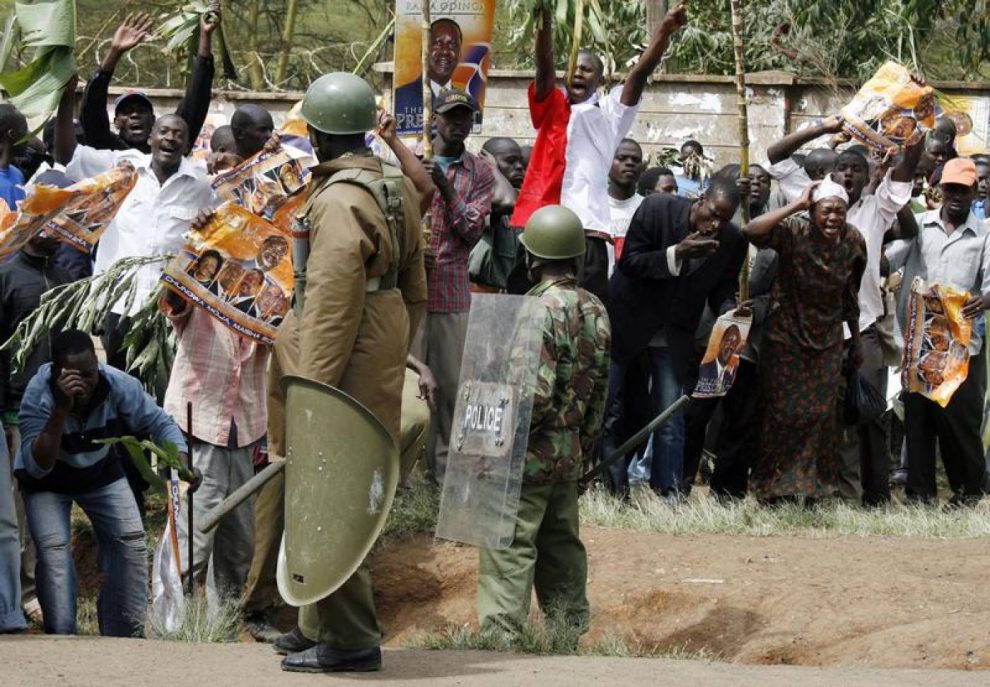 The landmark ruling came after eight survivors – backed by human rights groups – filed a lawsuit in 2013 seeking accountability from authorities and redress for their suffering.

The High Court found a “violation of the Kenyan state to investigate and prosecute violations of the rights to life, the prevention of torture, inhuman, and degrading treatment, and the security of person”.

The inter-ethnic violence in late 2007 and early 2008, some of the worst in Kenya’s history, erupted after Raila Odinga, then an opposition leader, accused then-President Mwai Kibaki’s party of stealing the election.

About 1,300 people were killed and hundreds of thousands were displaced from their homes in the ensuing violence.

Human rights groups say hundreds of women, girls and men were sexually assaulted – including rape, gang rape, forced pregnancy and sodomy – and continue to suffer physical and psychological trauma and poverty more than a decade on.

The six women and two men who filed the lawsuit said they were disappointed not all survivors were awarded damages.

“We are happy that the court has finally recognised the harm that we suffered as victims. It has been a long journey,” said one female survivors who was awarded damages.

“However, we do not understand why the court separated us (victims) and did not offer compensation for the other four victims,” she said in a statement.

Lawyers representing the survivors said they were studying the judgment to understand why some victims were excluded.

Uhuru Kenyatta, now president, and his deputy William Ruto were among six Kenyans charged at the International Criminal Court over their alleged roles in the violence. Both denied the charges and their cases collapsed due to insufficient evidence.

“After more than seven years of litigation and delays, some justice has finally been served,” said Naitore Nyamu, head of Physicians for Human Rights in Kenya, one of the co-petitioners.

“The court’s decision will reverberate widely for the prevention, investigation and prosecution of sexual and gender-based violence in Kenya and around the world.”