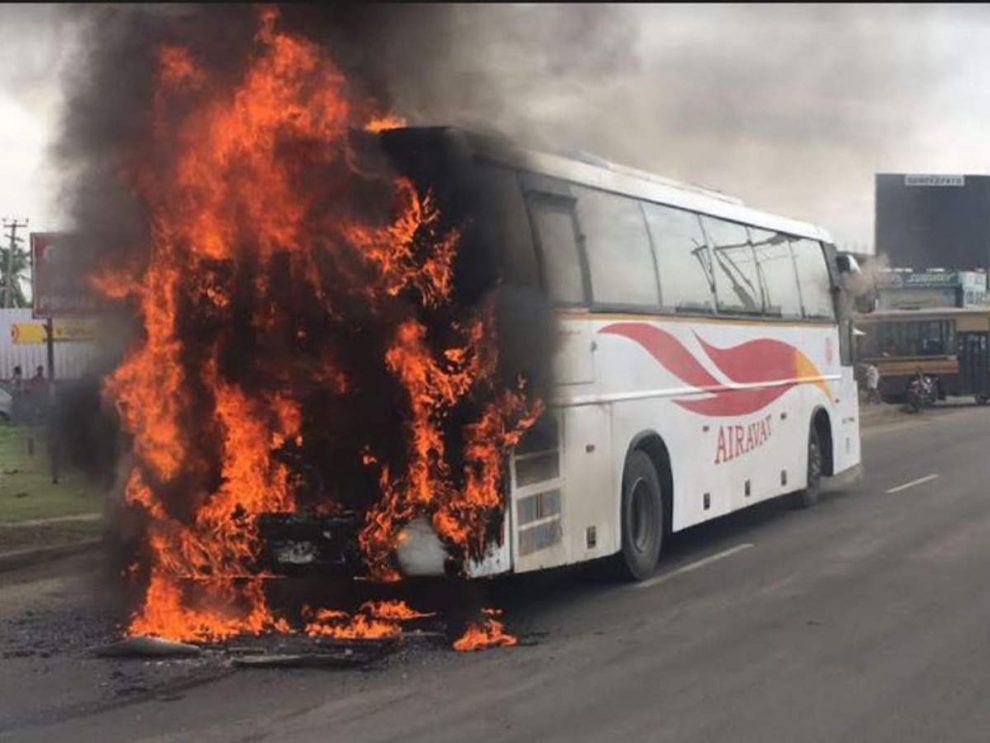 Jammu: At least three persons have been reported dead as moving passenger bus caught fire while on way to the holy town of Katra near here.
Reports said at least three persons were burnt alive, several injured as moving passenger bus caught fire near Shani temple at Kadmal Katra. Bus was on way from Katra to Jammu. According to Addl SP Katra Amit Bhasin, engine of the bus caught fire which spread soon and all passengers couldn’t get time to escape. All injured shifted to hospital and condition of some of them was critical.