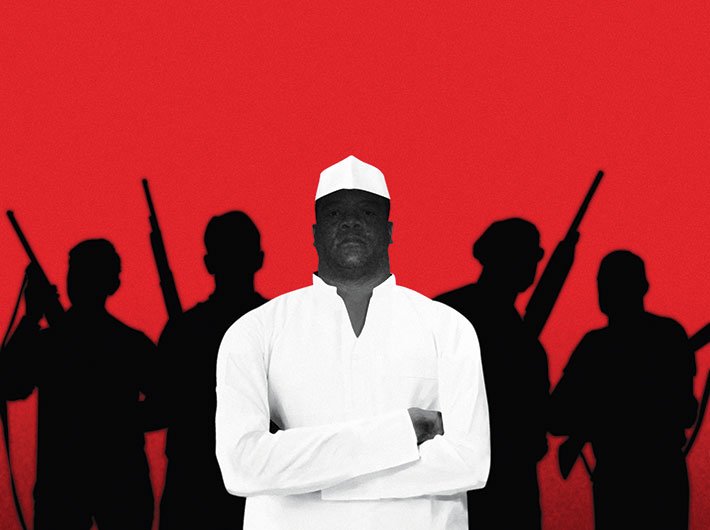 In this placid political season India’s Capital is in the throes of a novelle grammar of protests with thousands farmers from Punjab, Haryana and UP ‘digging-in’ on the outskirts of Delhi against the new farm laws. Armed with rations they have made trucks and tractors their temporary abode, organizing langars for policemen and homeless amidst demanding repeal of the contentious legislations. Notwithstanding their peaceful dharna has choked highways disallowing entry and exit to the city.

In this volatile cacophony, the Government did the unthinkable. It quietly endorsed the continued politicization of crime by opposing a PIL in the Supreme Court seeking imposition of a life ban on convicted politicians from contesting elections as against the six-year bar after serving their sentence.

Asserting, “elected representatives are ordinarily bound by conduct, propriety, good conscience and oath they have taken to serve citizens of their constituency and country,” the Law Ministry added, “they are not above law and are bound by RPA disqualification as well as various directions and precedents by the Supreme Court from time to time.”

Quoting last year’s Court judgment to nail its case against life-ban: “Though criminalisation of politics is a bitter manifest truth, which is a termite to the citadel of democracy, the court cannot make the law.” The Government also ignored the Election Commission’s pitch for life ban on elected representatives from contesting polls if convicted and sentenced for serious offences.

Undeniably, the Centre’s response is a huge disappointment when seen in the context of the need for untainted Parliamentarians. Letting convicted legislators continue in public life even after a break will not be sufficient to clean up the polity as a leopard never changes his spots. Till date,  judicial activism has always tried to put a spanner in the politico-criminal wheel but failed as legislators and legislatures are not willing to do their job: A life ban on contesting elections for those convicted.

Alas, Parties brazenly nominate criminals as candidates as their ‘winnability’ is sure-shot resulting in crooks and murderers filling the rogues’ gallery of power and fame. Shockingly, 233 or 44% of 545 Lok Sabha MPs have criminal cases of murder, kidnapping, crimes against women etc, higher than 2014 when 185 MPs (34%) had criminal cases and  2009 162 (30%), an increase of 109% since 2009.

With power translating into a numbers game Parties field criminals as they convert muscle power and illicit funds into votes at gunpoint emerging victorious against clean candidates. The arrangement works on a quid-pro-quo:Parties get unlimited funds to fight elections and criminals protection from law.

Why do mafia dons invest money in getting a neta’s tag? It’s a ticket to respectability, continue extortions using political power, gain influence to ensure cases against them are dropped. Besides, the returns on political investments are so high and profitable that criminals are disinclined to invest in anything else. Immortalised by renowned Mumbai mafia don-turned MLA Arun Gawli: “Ab mere pas bullet-proof jacket hai!.”

From criminalisation of politics to politicisation of crime, India has come full circle. Yesterday’s crooks are today Right Honourables a law unto themselves and all-powerful. Bringing things to such a pass that our jan sevaks dance to the tune of their underworld benefactors at the cost of the people, democratic ethos and good governance boxing democracy in the mafia box, cartridge box and ballot box!

Mafia dons have been elected from prisons, some MPs continue to hold durbars in jail with home comforts and rule their empire, issuing diktats that few dare disobey. Not a few take anticipatory bail to avoid arrest, others simply abscond only to “surrender” when ready. Yet, ironically, only a handful of politicians are convicted.

Consequently, in a milieu wherein crime does not pay as well as politics, it raises a moot point: Will we continue to put a premium on criminality? Allow criminals to become netas? Basically, is it good for our democracy to have scoundrels represent voters? How many murder charges are required before one is considered unfit to represent people? Are there no honest and capable leaders? How do we get leaders to shift from “fixing” the system to reforming it?

Scandalously, criminals are crowding out honest candidates at the national and State level. According to a recent report 45.5% ‘criminal’ candidates win against 24.7% with a clean background. Thus, in this self perpetuating system the growing Indian middle class is not averse to electing criminals if they can become their patrons and deliver goods.

Clearly, the country is suffering from want of a “few good men” in politics as some rulers think and act for political gains and vote bank politics. They change Parties at a drop of a hat to remain in power, lie without batting an eyelid, are shameless, defame others with false accusations and if caught apologise, indulge in theatrics to attract attention and manipulate to achieve their selfish interests and amass wealth.

One could have dismissed politico-criminalisation as a passing phase but the tragedy is that crime is now politics whereby our democratic system has been usurped by criminals who ensure victory in polls. The only thing that matters is on whose side the criminal MP/MLA is. His or ours? All are same only the degrees differ. Akin to an angry man telling an official that the man they were championing abroad was “a son of a bitch”. The response? “Yes; but he’s our son of a bitch”!

It is this mutual benefit and camaraderie between the criminal-Party nexus which is the cause célèbre for our netagan. See, how our leaders divide along Party lines on most issues but close ranks when it comes to taking steps to address this problem. Despite various Court judgments over the years to fast-track trials so that MPs and MLAs facing charges get a quick decision, it is like water of a duck’s back.

In February the Supreme Court made it mandatory for Parties and candidates to provide details of their criminal background and the Election Commission asked them to publish their unlawful antecedents, provide reasons for their nomination so that voters could make an informed choice. But if this was meant to halt candidates with criminal qualifications it failed as Bihar results show.

What of the future? Clearly, when those who are supposed to lead become saboteurs, it is time to call a spade a spade. We need to put correctives in place as no longer will namby-pamby observations or legalistic response suffice. Our polity needs to be courageous to end this. More voices must be raised against criminalisation of politics and ways found to reverse this malaise. Above all, we need politicians who are men of conscience, integrity and credibility. Not comrades in crime wherein today’s criminal king-makers might become tomorrow’s kings!