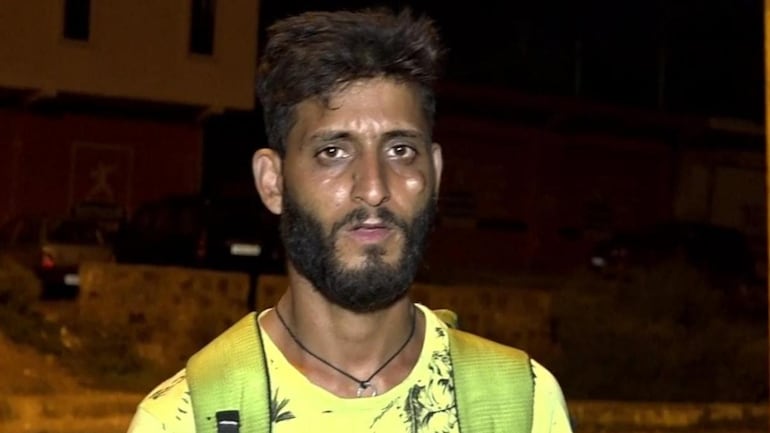 Udhampur: Fahim Nazir Shah is walking to Delhi from Srinagar, hoping that his around 815-km journey will get the attention of Prime Minister Narendra Modi and he will get an opportunity to meet him.
“I am a very big fan of Prime Minister Modi,” the 28-year-old, who works as a part-time electrician in Jammu and Kashmir’s Srinagar, said as he reached Udhampur on Sunday after walking over 200 km.
Taking short breaks on his journey, which started two days ago, Shah, a resident of the Shalimar area in Srinagar, believes that at the end of this arduous journey his dream of meeting the prime minister will be fulfilled.
“I am on my way to Delhi by foot to meet him (Modi) and I hope to attract the attention of the prime minister. To meet the prime minister is my cherished dream,” he said, adding that his previous attempts to meet the PM did not fructify.
Shah said that he has been following the prime minister on social media over the past four years, and his speech and actions have “touched my heart”.
“At one time, when he was delivering an address at a rally, he stopped suddenly on hearing the ‘azaan’ (Muslim call for prayer) leaving the public astonished that gesture of our prime minister touched my heart and I became his ardent fan,” he said.
Shah said that over the past two and a half years, he has made several attempts to meet Prime Minister Modi in Delhi. “During the PM’s last visit to Kashmir, security personnel did not allow me to meet him,” he said.
“This time I am sure I will get a chance to meet the prime minister,” Shah said.
Asked about the change in Jammu and Kashmir after its special status was abrogated and made into a Union Territory from a state in 2019, he said the change is visible as Prime Minister Modi has his focus on Jammu and Kashmir.
“There is a change in the situation, the development activities are taking place at a good pace and the Union Territory is marching forward,” he said.
Shah said he would like to discuss the problems of the educated and unemployed youths with the Modi and developing the industrial sector in the Union Territory.