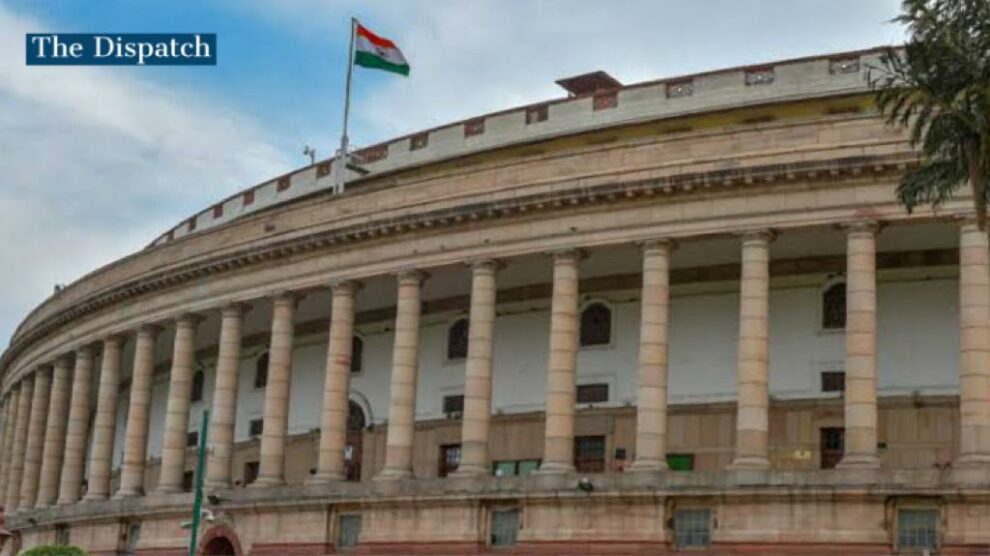 Jammu: The Jammu and Kashmir Reorganisation Act of 2019 is all set for amendments in the upcoming winter session of the Parliament to affect reservation in Assembly, by way of nominations, for members of the Kashmiri Pandit community and PoK refugees.

Headed by former Supreme Court Judge and current chairperson of the Press Council of India, Justice Ranjana Prakash Desai, the three-member Delimitation Commission in its May 6 final award had recommended nomination of Kashmiri migrants and Pakistan occupied Jammu Kashmir (PoJK) refugees to the Legislative Assembly. The Commission, however, didn’t specify the number of seats as also the criteria for nomination.

The Government of India is believed to have accepted the recommendations of the Commission to nominate a certain number of Kashmiri Pandits (migrants, technically) and the PoJK refugees to the Legislative Assembly. Sources have confirmed that two seats are being reserved for the Kashmiri Pandits, while the number for PoJK refugees is being worked out.

It may be mentioned here that Jammu and Kashmir Assembly reserves 24 vacant seats for the areas of its territory under Pakistan’s occupation since 1947. These seats are counted in the overall strength of the Assembly but are left vacant for all practical purposes.

The Jammu and Kashmir Reorganisation Act of 2019, which lays down terms of business after scrapping of erstwhile state’s constitution on August 5 the same year, provides for 114 seats to the Assembly with effective strength of 90. The Delimitation Commission award provides a mapping and population data for 90 constituencies in the basis of 2011 census. 43 Constituencies have been allotted to Jammu region and 47 to Kashmir valley.

To raise the number of seats beyond 90, the Jammu and Kashmir Reorganisation Act shall have to be amended. Even as the Delimitation Commission had issued its final award on May 6, 2022, but the Reorganisation Act was not brought by the government before subsequent monsoon session of the Parliament for amendments. The monsoon session of the Parliament had begun on July 18 and lasted till August 8.

Sources say, the government is now bringing the Reorganisation Act before Parliament for amendments in the forthcoming winter session of beginning on December 7.

With the final electoral rolls having been published on November 25, the Amendment in Reorganisation Act to specify number of nominated seats is one of the final steps towards to close in on the recommendations of the Delimitation Commission. The Jammu and Kashmir Election Department has yet to unveil the new mapping of constituencies.

While announcing its final award on May 6 the Delimitation Commission on Jammu and Kashmir had recommended the reservation of seats for the displaced Kashmiri Pandits and refugees from Pakistan-occupied Kashmir.

The Commission did not given out any number of seats to these communities from its final award of 90 seats and had instead recommended to the Government to make provisions for nominations. If the Government of India accepts these recommendations, the matter may have to be taken to the Parliament for approval as the Jammu and Kashmir Reorganisation Act provides for only 90 seats.

In a statement, supplementary to the award, the Commission had said that during the public hearing, the commission received a number of representations from the Kashmiri migrants and the displaced persons from Pakistan occupied Jammu and Kashmir. The delegations of Kashmiri migrants represented before the Commission that they were persecuted and forced to live in exile as refugees in their own country for the last three decades.

It was urged that in order to preserve their political rights, seats may be reserved for them in the Jammu and Kashmir Assembly and Parliament. The Displaced persons from PoJK also requested the Commission to reserve few seats for them in J&K Legislative Assembly. Accordingly, the Delimitation commission also made the following recommendations to the Central Government.

JeganExplains EP01 I G20 Presidency: Challenges & Opportunities before India
Moment of Jammu and Kashmir too as India takes over G20 presidency
Comment