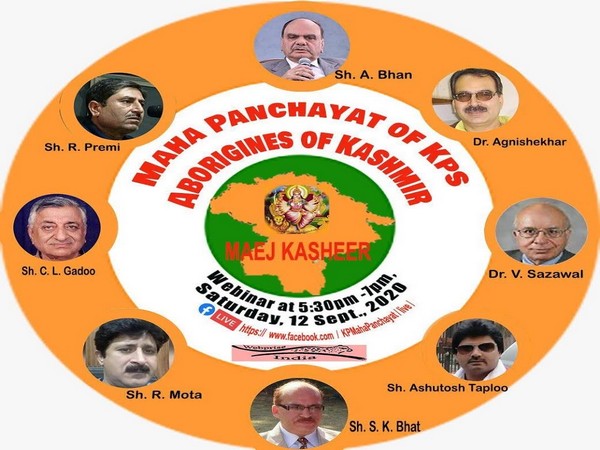 Kashmiri pandits have demanded a reversal of exile and urged Prime Minister Narendra Modi and Home Minister Amit Shah to grant an urgent meeting of Kashmiri pandits representatives.
Rich tributes were showered on the martyrs on the eve of Balidan Divas at a Webinar Mahapanchayat of Kashmir Pandits on Saturday. The family members of some of the prominent martyrs were also present to remember their loved ones.

Participants from the Kashmiri Pandit community from Jammu, Delhi, Bengaluru, Pune, Canada, Cape Town and England joined the webinar.In a statement released after the event, the organiser said that seven hundred thousand population of exiled native Kashmiris spread all over the globe are longing to return to their homeland on their own terms. “Our roots are engraved in the soil of Valley for more than five thousand years and have our existential stake in Kashmir,” said the statement.

They also appealed and urged the PM Modi, Shah and Jammu and Kashmir Lieutenant Governor Manoj Sinha to implement the will of the nation for reversal of three decades of exile.
“We seek their help to create socio-political consensus in the Country and JK Union territory for the return, restitution, rehabilitation and political empowerment of exiled natives back in Kashmir Valley,” the statement said.

The Kashmiri pandits also demanded to constitute a high-level commission of inquiry (SIT) headed by a retired Supreme Court judge to be assisted by NIA Chief, DG JK police & Director IB to probe & investigate the conspiracies behind the ethnic cleansing of religious minority and killings of innocent native Kashmiris by terrorists and bring the perpetrators to justice.”To preserve, protect and manage the Hindu religious shrines, the endowments and land /properties thereto, under a statutory authority headed by Chief Secretary and issue ordinance urgently in this behalf,” it said.

The Kashmiri pandits also demanded the creation of a single widow nodal authority under Chief Secretary for addressing all the Kashmiri Pandits issues and implementing all the schemes in place and likely to be formulated for them in future by the central Government and LG administration.