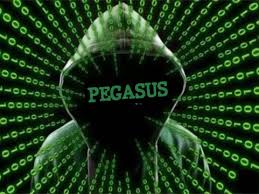 Srinagar: Amid the Covid-19 pandemic, an outbreak of Foot and Mouth Disease (FMD) in domestic animals has caused a widespread panic in the valley.

People from different areas of Kashmir reportedly said that owing to the disease they have lost their cattle’s which were their only source of income.

Ghulam Mohuidin, a resident of Pulwama, said that he lost his cow after it suffered from a disease in the mouth.

“I spent nearly six thousand rupees on medicines for the cow, but it could not recover and died,” he said.

He said that many people living in the area also lost their cows due to the mouth disease.

Farmers said the government should provide compensation to families who have lost their domestic animals in this pandemic situation.

Meanwhile, top officials of the animal husbandry department said that so far around 12,500 cases of food and mouth diseases have been reported in Kashmir division since the outbreak of the disease this year.

Of 12,500, more than 11,000 animals have recovered after they were treated by the officials of the department.

Officials said that the mortality rate is just around four percent and it is generally the young animals that die, while elder ones mostly recover.

They also said that around 500 awareness camps were organised by the department in the valley to educate the people to avoid its spread.

Officials also urged people to avoid sending their domestic animals for grazing in areas where this disease has already affected animals.

“In case any domestic animal is facing any kind of illness, people can easily contact the nearest Animal Husbandry centre and within no time officials will reach to the door step to treat them,” they said.

“There is no dearth of vaccines in Kashmir and around four lakh more vaccines have been procured,” officials said, while adding that de-worming process has been started as of now so that vaccines will be more effective.