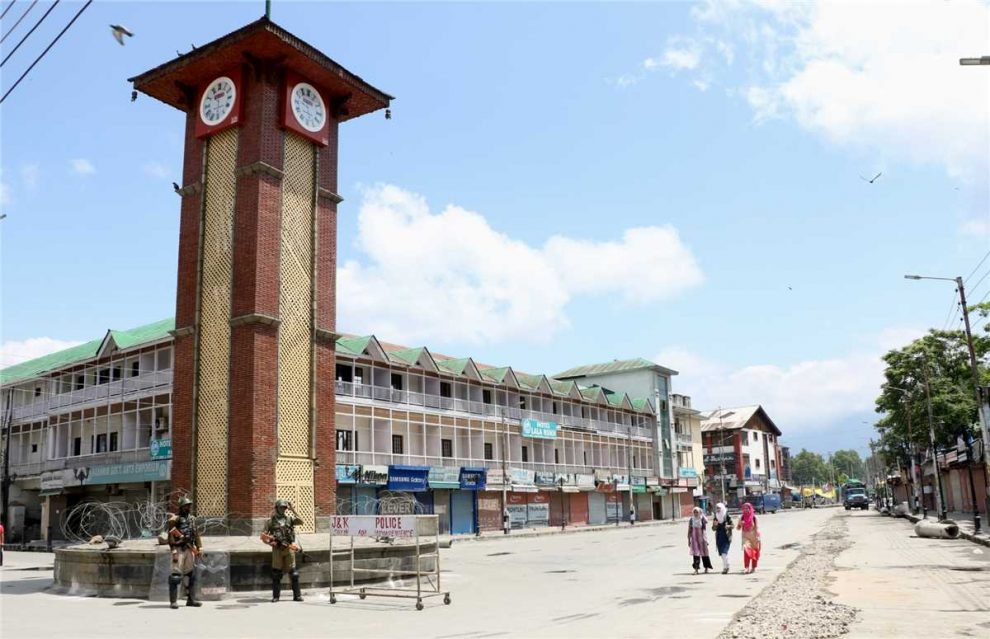 There is much noise emanating from Kashmir centric mainstream political parties criticizing the implementation of amended Panchayat Raj Act that has created the third tier of grassroot governance in the form of the establishment of District Development Council (DDC) at district level for which there will be direct elections in the UT of Jammu & Kashmir.

This is the third tier after Panchayat and Block Development Council that constitutes the Panchayat Raj governance model. In, effect it means, that the planning and distribution of resources for the development of a district will have multi-layer of stakeholders in addition to just MLAs, MPs and district level bureaucrats, who shall be directly and indirectly elected by three tiers of local government bodies at city and village level in the form of Panchs / Sarpanchs, BDC officials and DDC officials, who will give their inputs regarding the planning and distribution of resources in different districts.

The idea is that since Panch, Sarpanch, BDC and DDC are directly linked with the grass root at village level, they will have a better understanding of the real requirement of different developmentalneeds of different parts of a district.

Does it sound bad? Is there anything wrong about it?

Then why are Kashmir centric mainstream political parties criticizing this move? The basic crux of their opposition stems from the fact that DDC, which along with Panchayat, MLA & MP will have a direct election, the same shall “weaken” the position of MLA and render him worthless. And by introducing this local governance model, center is trying to disempower local Kashmiri political representative – euphemism for MLA.

For one, this is a local governance model, which has not been specially created for the UT of Jammu & Kashmir but the same is in existence in all states and UTs of the union of India. This three-tier local governance model at both rural and urban level was introduced by Rajiv Gandhi’s Congress government to make local people direct stakeholders in the development of their districts. Has this weakened the status of local MLAs in other states and Union territories of India? Is MLA from Kashmir valley different from MLA of any other state or UT of India that his monopoly (along with local bureaucrats and ministers) has to be maintained at all costs?

The political reality is that the erstwhile state of J&K was the only administrative unit of India that did not implement this three-tier governance model for long time, delaying the same for one reason or the other. And later only reluctantly and half-heartedly, were the Panchayat and Municipal level elections held in an irregular manner. The second and third tier of this local governance model was never even implemented.

But, why was that?

A large part of the reason lies in the fact that the old elite of Kashmiri politicians, the cream of whom comes exclusively from upper caste Kashmiri Muslim communities, never wanted to share this extremely lucrative power of the distribution of economic resources at district level with anyone else. There was a small elite group of upper caste Kashmiri politicians and bureaucrats that constituted of MLA, MPs and Ministers, who would chalk out development planning needs of a district more often than not according to their opportunistic needs rather than the actual need for the development of a district, leading to corruption, favoritism, nepotism and inefficiency. The local three-tier governance model would throw thousands of Panch & Sarpanch, hundreds of BDCs and yet other hundreds of DDCs as stakeholders in the planning and distribution of resources for the development of a district, which would otherwise be decided by a small cozy club of upper caste Kashmiri Muslim MLAs, MPs, Ministers and local bureaucrats.

This sharing of power was and is not acceptable to the old elite of upper caste Kashmiri political class, who know that in this local governance model, they will additionally have to share power with stakeholders, which would come from middle and lower castes, tribal communities and women. Nearly one third of the seats in this three-tier governance model is reserved for women in addition to reservation of seats for Scheduled Tribes and Scheduled Castes. Additionally, by throwing open stake holding of the development of a district to many more people, there will be emergence of a new political class derived from OBCs, Pasmanda Kashmiri Muslim castes and communities as well as Kashmiri youth, who want to contribute in the development of their districts but cannot do so in the absence of a political opportunity and the family dominated politics of the local politicians of Kashmir valley, who would only promote their family members, thereby leaving little space for women, backward classes, lower castes, tribal communities and youth from ordinary families, who have political aspirations and who are directed connected with the grass roots. This class of politically aspiring people are mostly relegated to the secondary or subservient role in electoral politics and are made to either accept role as so called “political worker” or second and third level party leader. There is literally no space for him or her to work, operate and aspire for his or her own political growth.

It is easy to understand that the old upper caste elite of Kashmir centric parties is actually feeling threatened of the dilution of their monopolistic power, which enables them to indulge in corrupt practices and nepotism. The creation of DDC is actually a wonderful opportunity for hundreds of politically aspiring people from different communities and backgrounds to contribute in the development of their districts in a level playing field. The old upper caste Kashmiri Muslim elite, which is feeling restless and threatened is resorting to meritless excuses to oppose something, which they should actually be welcoming as it makes governance more representative. Rather than finding conspiracies in the move, they should actually facilitate the success of this people friendly move that in essence makes people responsible for their own development.

The author is young politician, Writer and Political Analyst from Kashmir, who served as PRO to former CM of J&K. He promotes modern, secular, progressive, liberal and inclusive Kashmir. He can be reached at [email protected]