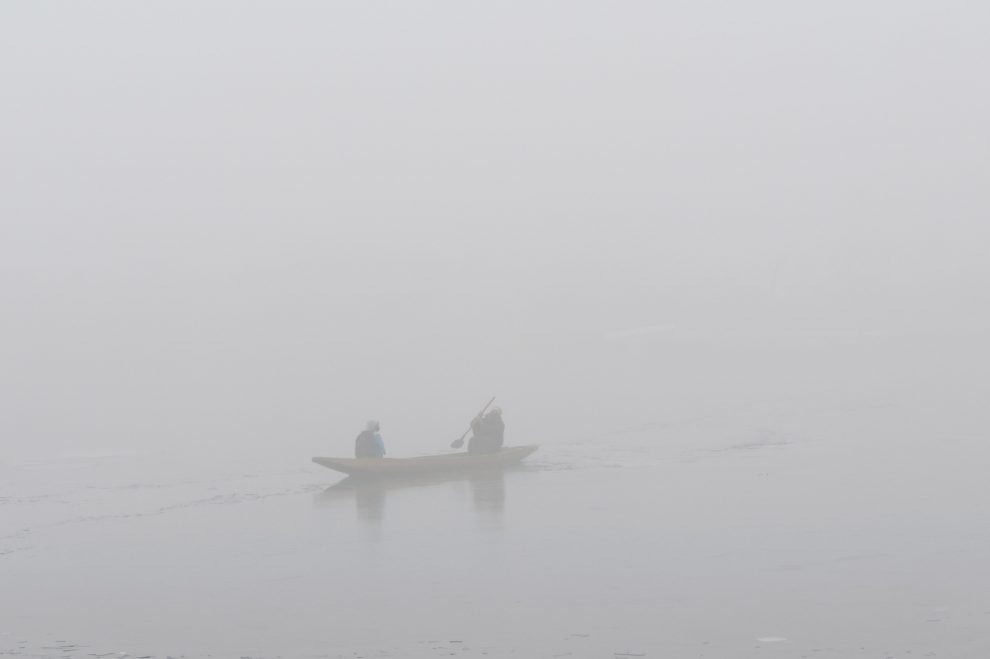 Srinagar, Jan 19: The chilly weather conditions further intensified as the mercury dipped and settled several degrees below normal due to open skies at most places in Kashmir valley, including summer capital, Srinagar, which was colder than word famous ski resort of Gulmarg.

However, bright sunshine greeted people late in the morning, resulting in some respite from chill though ice cold winds from snow-clad mountains continued in the valley, where a fresh spell of snow is predicted from Friday.

A Met department spokesperson told UNI that weather will remain dry during the next two days in Kashmir valley. “Cold wave will continue till Thursday due to dry weather and open skies,” he said.
He, however, said a fresh Western Disturbance (WD), which originated from the Arabian Sea and is approaching the region through Afghanistan and Pakistan, will hit the region on Friday. “Under the influence of this WD, light snow is predicted on Friday at some places. The system will intensify, resulting in light to moderate snow at most places on Saturday and Sunday,” he said, adding heavy snow is predicted at isolated places on January 25.

After witnessing a dip in the night temperature, people in the summer capital, Srinagar, woke up to a chilly and foggy Tuesday morning. However, as the day progressed, sun came out, resulting in some improvement, though ice cold winds continued in the city.
World famous Dal Lake and other water-bodies remained frozen in Srinagar, where authorities have warned people, particularly youth and children, not to walk on the frozen water. Hospitals in the city have also witnessed heavy influx of patients with broken bones following slipping on frozen interior and link roads. Against minus 6.4 degree recorded on Monday, the night temperature in the city was minus 7 degree, which is 5 degree below normal.

Qazigund, gateway to the valley, remained the coldest place in the valley for the second successive day on Tuesday even as the mercury dipped marginally and settled at minus 8.6 degree, which is 5 degree below normal.

The world famous ski resort of Gulmarg was the only place in the valley where the minimum temperature witnessed settled above normal. Against minus 6 degree recorded on Monday, the night temperature at the ski resort settled at minus 6.2 degree, which is about two degree above normal. “Taking advantage of sunny day in the ski resort, people were out on ski slopes enjoying different snow related activities. All the ski slopes have been thrown open for tourists and other adventure sports lovers,” a hotelier from Gulmarg told UNI over the phone.

The night temperature at world famous health resort of Pahalgam, about 100 km from here in south Kashmir, dipped and settled at minus 8.4 degree, against 6.8 degree recorded on Monday.

The mercury at Kupwara in north Kashmir and tourist resort of Kukernag dipped and settled at minus 5.7 degree and minus 7.4 degree, respectively.