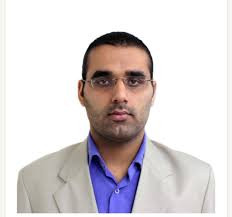 Dr Safder Ganaie, based in the US found that the RVF virus, spread by mosquitoes, enters human cells through a protein. “The discovery by Dr Ganaie and his colleagues was recently published in the journal Cell.

Dr Ganaie and his team found that the Rift Valley Fever virus, spread by mosquitoes, enters human cells through a protein normally involved in mopping up low-density lipoproteins – the carriers of so-called ‘bad cholesterol’ — from the blood,” a news magazine published from Srinagar reported. According to Kashmir Life, the discovery is expected to lead to therapies that prevent Rift Valley Fever or reduce its severity.

The World Health Organization lists Rift Valley Fever as a prioritised disease likely to cause epidemics in the near future. The virus is spread by mosquitos among domesticated animals, which then pass it on to people. The study was conducted in collaboration with the University of Pittsburgh, University of Toronto, Harvard University, and Broad Institute of MIT and Harvard, as per Kashmir Life.