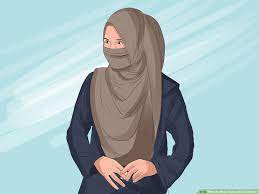 Karnataka has been rocked by protest over government school mandates that prohibit wearing of hijab by Muslim women students in various government and private schools and colleges of Karnataka as violating common uniform policy of these schools. On the face of it, the mandate may appear as violative of many legal and ethical things such as freedom granted by Constitution of India; concept of “choice” or freedom of a woman to wear whatever she wants including hijab and also that “education of girls” should be the priority and the same should not be hindered by what she decides to wear in her pursuit of studies. All of these superficially appear very convincing arguments but they are being voiced from vantage point of living in secular environment. The same seemingly convincing narrative just falls flat on face, when it is applied to Muslim majority enclaves like Kashmir valley.

There is a concept of modesty in Islam, which has been interpreted for Muslim women differently in different parts of world depending on local culture, climate and traditions. The middle eastern kind of “Hijab” & “Niqab” that has now invaded all Muslim societies all over the world, including Kashmir valley and rest of India is only 30-year-old import from middle east that was not part of the costume culture of any of Muslim communities in South Asia. There was only “Burqa” as the most extreme form of body veil prevalent in Indian subcontinent but its use was limited and restricted to mostly older women or women from elite Upper Caste Ashraf Muslim families from such castes as Syeds. An average Pasmanda Caste working Muslim woman from Kashmir to Kerela and from Gujarat to Bengal adorned their own version of modest religious Muslim coverings that varied from covering head with dupattas, sarees or in case of Kashmir valley with a distinct head scarf. The kind of “hijab” & “niqab” that we see today, the younger generation of Muslim girls wearing all over India is an alien attire, which has got nothing to do with our local Muslim cultures of Kashmir or Karnataka. It is part of orthodox and puritan Muslim traditions of middle east. In Kashmir valley, cultural exponents of Kashmiri Muslim culture have been fighting the forced cultural imposition of Arabic costume culture on Kashmiri society for many years. Our Kashmiri Muslim mothers were gracefully and modestly dressed in accordance with Islamic norms even before these middle eastern conservative veils appeared on scene 3 decades ago.
I am also not so comfortable with the misuse of the argument of constitutional freedom to justify encouragement of wearing “hijab” or “niqabs” because our Indian constitution does not encourage us to promote orthodoxy, social and cultural conservatism and religious puritanism. Our Indian Constitution encourages us to strive for modernity, progressiveness and scientific temper and “hijab” or “niqab” does not pass on those benchmarks. It is also strange that those who are defending “hijab” as constitutional right of an Indian Muslim woman keep shamelessly quiet on many other things that various Muslim communities all over India continue to do, which can also be considered as “unconstitutional” and yet their practice remains unabated. In Kashmir for example, Kashmiri Muslim practice untouchability against Hindus and Sikhs. We have different utensils for non-Muslims in our homes. We discriminate against our Pasmanda Caste Muslims and treat them with indignity and disdain. We even treat our Muslim Gujjar and Bakarwals worst than animals. Isn’t there a saying that if a Kashmiri Muslim comes across a snake and Gujjar Muslim, then he should kill the Gujjar Muslim and not a snake. Are these all constitutional? Are these even Islamic?
Those Muslims in Karnataka, who are right now stubbornly defending “hijab” & “niqabs” should come to Kashmir valley and see how the penetration of these orthodox, conservative and regressive cultural practices have totally destroyed Kashmir’s former relaxed, secular, joyful and happy go lucky culture. Kashmir has suffered some of the worst impact of religious orthodoxy and puritanism and our Kashmiri Muslim women have been the worst victim of that. Such is the pathetic condition of orthodoxy in Kashmir today that when in 2014, devastating floods hit Kashmir valley, all orthodox religious muftis and maulanas blamed it on young Kashmiri Muslim girls wearing jeans. Is this the Karnataka that Kannada Muslims aspire to see for themselves?
Finally, I also want to touch upon the much-used argument of “choice of a Muslim woman” to justify encouragement of wearing “hijabs” & “niqabs”. The much-misused word “choice” is no choice but a “manufactured choice” that is result of years of subjective, biased, orthodox and unsecular upbringing that most Muslim children in modern Muslim families with heavy influence of Arabic culture are brought upon. If a young Muslim woman raised in such non secular settings later wears “hijab” or “niqab” as per what the world perceives as her “choice”, it is not really her choice, but a “manufactured choice” borne out of orthodox upbrining.
I am specifically most disappointed with the liberal Hindus, who may think that they are supporting a young Indian Muslim woman’s “choice” to wear whatever she desires to wear, but are actually unwittingly causing severe damage to Indian Muslim society in embracing modernity and progressiveness. Supporting such bigoted and regressive measure also makes position untenable for tiny minority of progressive and liberal Muslims like us, who are fighting to uproot Muslim orthodoxy in our communities. I wish the Muslim community of Karnataka would have shown even 1% of enthusiasm in dealing with issues of caste discrimination amongst Kannada Muslims, including pathetic condition of Dalit Kannada Muslims community of “Mehtar” Muslims, who continue to lead lives of poverty and deprivation and are forced to do work of manual scavenging till this day. In the end, I would also like to state that Baba Sahab Ambedkar, who drafted our constitution of India was a very progressive man who stood for equal rights of all women including Muslims. He was specifically against practice of veils adorned by Muslim Indian woman and to see Muslim community in Karnataka using excuse of constitution to justify “hijab” & “niqab”, nothing could be more tragic than that.