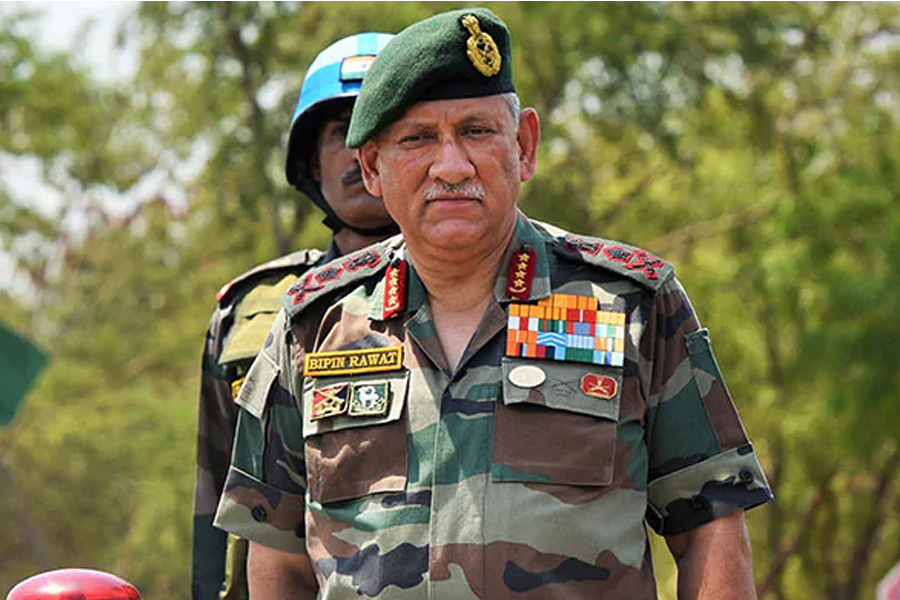 DRASS: Stating that the Indian Amry is more capable, the Chief of Defence Staff (CDS) General Bipin Rawat on the 22nd anniversary of operation Vinay said that such kind of success is very difficult but only the Indian army can do it. He was addressing at the war memorial in Drass, Kargil of Ladakh.

Notably, July 26 is celebrated in the memory of, “the Indian armed forces defeating Pakistan back in 1999 in Operation Vijay”.

The Chief of Defence Staff (CDS) in presence of Lieutenant Governor RK Mathur, Member Parliament Jamyang Namgyal Ladakh UT, and CEC’s of twin districts besides other top officials from different quarters installed the victory flame at the Kargil war memorial and paid tributes to the soldiers who lost their lives during the Operation Vijay in 1999.

In every brief interaction with the reporters on the sidelines of the event, the CDS said that this day we remember all those who lost their lives while defending the country. Rawat while replying to a query said that this is a very historic day since it is very difficult to achieve the success of this kind and only the Indian army can do it

About the infrastructure work in Ladakh, the CDS said that the work is going on and it will continue in a much better way. MP Namgyal while talking to the reporters said that it’s a day of pride for the entire nation and everyone should remember them besides the younger generation must have enough knowledge about the importance of this day.

He paid tributes to all those soldiers who have laid their lives saying the whole nation remembers them. Reports said that in the majorly celebrated program missed by the president of India Ramnath Kovind due to the bad weather besides, CDS, LG, MP top Army officials, and other officials were present, including the Chief Executive Councillors (CEC’s) of Leh and Kargil districts who laid a wreath on the occasion at Kargil war memorial.

As per official details, the 22nd year of the Kargil was celebrated in different parts of Jammu and Kashmir including Ladakh Union Territory paying tribute to the soldiers of Operation Vijay. Meanwhile, the Indian Army in a tweet informed that General Bipin Rawat CDS received the Swarnim Vijay Mashal at the Kargil war memorial in the presence of Army Commander, Northern Command, Formation Commander, Gallantry Awardees, Veer Naris, and Next of kin of the Brave Hearts.