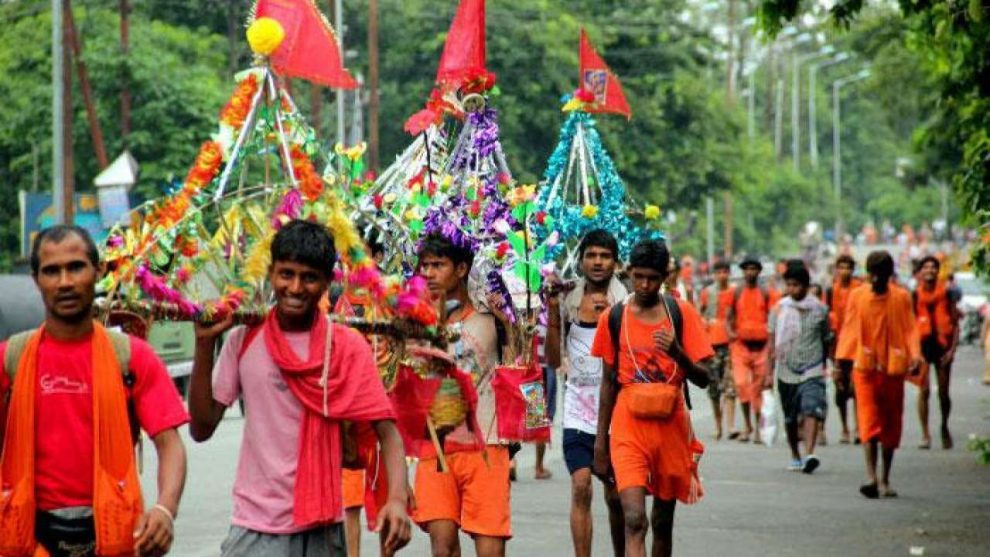 The Uttarakhand government on Tuesday decided to cancel the annual ‘Kanwar Yatra’ in view of the looming threat of the third wave of COVID-19. However, the Uttar Pradesh government has given the nod for the yatra that begins on July 25.

In an important development, the Supreme Court has taken suo motu cognizance of the UP government’s decision to allow Kanwar Yatra. A notice has been issued to the UP government in this regard. A bench headed by Justice RF Nariman posted the matter for hearing on July 16.

“Amid fears of a possible third wave of COVID-19, the Uttarakhand government has suspended the ‘Kanwar Yatra’ even as neighbouring Uttar Pradesh is pressing ahead with the annual ritual that sees a heavy movement of pilgrims across states in the northern belt. We read something disturbing in the media today that the state of UP has chosen to continue with the ‘Kanwar Yatra’, while the state of Uttarakhand with its hindsight of experience, has said that there will be no Yatra. We wish to know what the stand of the respective governments is. The citizens of India are completely perplexed. They don’t know what is going on. And all this amid the Prime Minister, when asked about the third wave of COVID-19 striking the nation, saying ‘we cannot compromise even one bit’. We are issuing notice to the Centre, the state of UP and the state of Uttarakhand and because the yatra is scheduled to leave from 25 July, we want them to file an early response so that the matter can be heard on Friday,” said Justice RF Nariman.

Earlier, Uttarakhand Chief Minister Pushkar Singh Dhami announced: “We decided to cancel the yatra, according topmost priority to human life in view of the threat of a possible third wave, the surfacing of the Delta Plus variant of the virus and its impact across the country and abroad.”

This may be recalled that the Uttarakhand government was criticised for holding the Kumbh Mela in Haridwar in April as several COVID-19 norms were brazenly violated during the event.

In addition, the CM has asked Director General of Police Ashok Kumar to work closely with officials of neighbouring states to stop any spread of the virus.

The BJP is in power in both Uttarakhand and Uttar Pradesh.

The UP government, which had suspended the Kanwar Yatra in 2020, has decided to allow the two-week-long annual pilgrimage for devotees of Lord Shiva, or kanwariyas, this year with strict adherence to COVID-19 protocols.

The government may make a negative RT-PCR test report compulsory for pilgrims.

The CM has also officials to take special care of cleanliness and proper lighting in all travel routes, Shiva temples, and shivalayas.

This may be noted that the Indian Medical Association has warned against conducting the yatra due to the COVID-19 situation.

As part of the pilgrimage, lakhs of devotees travel on foot to Uttarakhand’s Haridwar and other parts of the country to fetch holy water from the Ganga River. Then, they offer the same at various Shiva temples.

‘Not based on any truth’: Army trashes report of fresh clash between Indian and Chinese troops in Ladakh
PM Modi chairs in-person Union Cabinet meet, first physical meeting in over a year
Comment