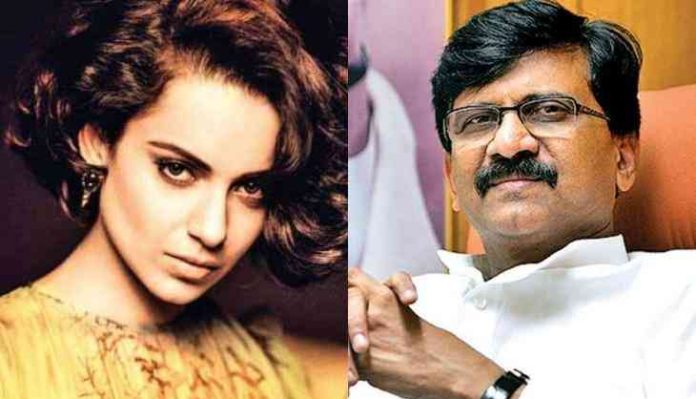 She has called Mumbai mini Pakistan. Does she have the courage to say the same about Ahmedabad?” asked Raut.

Earlier on Thursday, the actress took to Twitter claiming, “Sanjay Raut, Shiv Sena leader has given me an open threat and asked me not to come back to Mumbai. After Aazadi graffitis in Mumbai streets and now open threats, why Mumbai is feeling like Pakistan occupied Kashmir?”

“After a major star has been killed I spoke about drug and movie mafia racket, I don’t trust Mumbai Police because they ignored SSR’s complaints. He told everyone they will kill him yet he was killed. If I feel unsafe, does that mean I hate the industry and Mumbai?” she said in another tweet.

Hitting back at Ranaut, the Shiv Sena MP accused her of lying and said, “Mumbai gave a lot to Kangana and she is now working to discredit the name of Mumbai and Mumbai Police all over the world.”

The comments came after Kangana’s statements in connection with actor Sushant Singh Rajput’s death, who was found dead at his Mumbai residence on June 14.