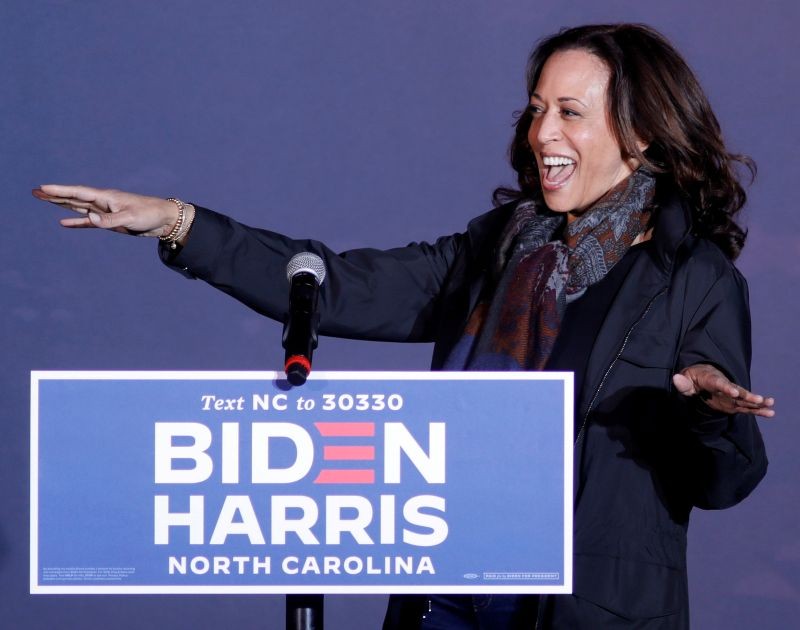 CHENNAI: More than 8,000 miles (12,870 km) from Washington, Indian women have been rooting for the “America lady” in the village of U.S. vice presidential candidate Kamala Harris’s grandfather.

As locals in Thulasendrapuram’s temple held special prayers for a Democratic win in the Nov. 3 election, 34-year-old M. Umadevi – who was elected to the village council in December – said she related to Harris as a fellow woman politician.

“She is a daughter of our village,” said Umadevi, who has a five-year-old son and sews clothes to support the income of her husband, a driver.

“This must have been difficult and challenging for her. But anything new is like that. I feel both excited and nervous about my new role also.”

The village, located about 320 km (200 miles) south of the city of Chennai in the state of Tamil Nadu, is where Harris’s maternal grandfather was born more than a century ago.

Harris was born in California to an Indian mother and a Jamaican father who both immigrated to the United States to study. She visited Thulasendrapuram when she was five and has talked about walking on Chennai beaches with her grandfather.

The former attorney general of California, 55-year-old Harris is the first black woman and first person of Indian descent nominated for national office by a major party – and only the fourth woman on a presidential ticket.

Umadevi said her priority as a member of the village council, representing some 200 mostly farming families, was to build a tarmac road.

“The first thing on my list is to make sure we have a proper road,” she told the Thomson Reuters Foundation in a phone interview.

“It is in terrible shape and you can barely call it a road really. A good road will bring better fortune.”

Unlike Harris, who has a degree in law, Umadevi dropped out of school when she was 15 on her mother’s decision.

About 60% of girls in India are educated but some states record a higher rate of over 90%, according to India’s last census data.

In Thiruvarur district, where Thulasendrapuram is located, literacy level is more than 82%, with district education officials stating that all girls were enrolled in schools.

Umadevi said education was key if the next generation of girls in the village were to become high achievers like Harris, whose smiling image is plastered on banners in the village wishing her electoral success.

“Today, all our girls study, even if it means going to high school that is a few kilometers away from the village,” said Umadevi.

“College is also far but many still go and get a degree,” she said, adding that young people in the area still found it hard to get well-paid jobs.

At the Government Higher Secondary School in neighbouring Painganadu village, English teacher S. Tamilselvan has been following Harris’s campaign speeches and plans to use them to motivate his students.

“She is so articulate and clear,” he said.

“My students know about her but I want at least some of them to succeed like her. Most of my students are first generation learners and even the brightest find it difficult to articulate their ambitions.”

Hemalatha Raja is also a member of Thulasendrapuram’s village council. Like Umadevi, she describes herself as a housewife who was elected for a five year term as 33% of seats were reserved for women.

Despite their lack of formal education or qualifications, the two women share Harris’s passion for social justice.

“I want to solve all the problems that people from my neighbourhood come to me with,” said Raja, 36, who dropped out of school when she was 13, since her parents did not want her to travel out of the village to attend high school.

“I don’t know if I can but I want to try. And all this talk about how someone with roots in our village is doing big things in America also encourages me to do a little extra.”