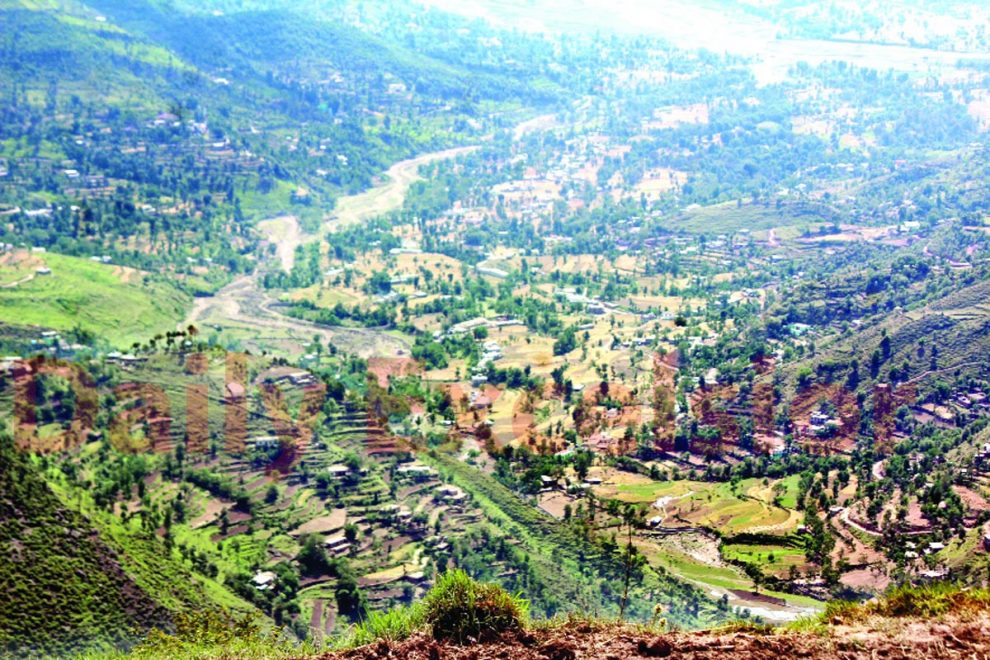 K. D. Maini
Add Comment
In 1947, there were two routes leading towards Kotli from Poonch. First was a motorable road from Poonch via Mandole-Tatapani and the second was a bridal path connecting Kotli with Mendhar via Sona Gali Pass. At the time of partition in 1947, There were about 700 houses in Kotli town apart from a established Bazzar of an ancient time.

After the massive earthquake of 8th October 2005 on both the sides of LOC, a 45 kilometer long Mendhar-Kotli road across the LOC was opened for meeting of the divided families for the first time after 58 years on 17th Nov. 2005. The divided families on both the sides were allowed to visit the other side, to meet their kith and kin via Tata Pani Balnoi crossing point. However, later on when Poonch-Rawalakote road across the LOC was opened, Mendhar-Kotli road via Tata Pani was abandoned after 20th June 2006 and Kotli was linked with Poonch via Chakan-da-Bagh Zero point. Therefore, the old relations were revived and new contacts were established due to people to people meeting with the habitants of Kotli.

In 1947, there were two routes leading towards Kotli from Poonch. First was a motorable road from Poonch via Mandole-Tatapani and the second was a bridal path connecting Kotli with Mendhar via Sona Gali Pass. At the time of partition in 1947, There were about 700 houses in Kotli town apart from a established Bazzar of an ancient time. Most of the houses were single storeyed buildings made of mud and boulders while some pacca houses were also existing in the town. Kotli was a tehsil headquarter of district Mirpur. There was also an old Baradari situated at the edge of Poonch river constructed with bricks and lime. There were three Hindu temples and a Dharamshala, two mosques and number of water mills. Kotli was a Mandi of food grain and wool products. The climate of the town was a bit hotter than Poonch town. The town was dominated by Hindu and Sikh families. There were about 4000 Hindus in Kotli town at the time of partition. Mostly they were traders. There was a complete communal harmony between Hindu and Muslims in Kotli town. The habitants were participating in the religious and social functions of each other. However during the turmoil of 1947 the Hindu and Sikh population of Kotli town and surrounding villages was forced to migrated on this side of LOC and they never got opportunity to go back in their native areas. Presently the migrants of Kotli have been settled in Nowshera, Jhangar and Jammu area, but their sentiments are still with with Kotli. With the opening of Poonch-Rawalakote road, the migrants of Kotli have again started dreaming of visiting Kotli, the land of their dreams.

Presently Kotli is a district headquarter in POK with three tehsils namely Sensa, Nakyal and Kotli. The district is located on the southern side of tehsil Mendhar of Poonch district. 55 kilometers LOC divides Kotli from Mendhar.

As per Raj Tringani the original name of Kotli was Kalanger. Around 1120 AD Padma Vat was the Raja of the Kalanger principality.

When King Susal of Kashmir was defeated by Bakachar, he had taken refuge in Kotli. In this very period King Susal had married the daughter of Raja Padma Vat of Kotli and finally with the help of the Raja of Kotli, Susal invaded Kashmir, defeated Bakachar and became the King of Kashmir. Kotli remained governed by local Hindu Raja’s upto 14th century AD. In 1339 AD, when Kashmir was taken over by Shah Mir, the influence of Islam started increasing in the princely states of Pir Panchal region including Kotli. In 1452 AD when Sultan Zain-ul-Abdin established an outer hill state comprising of Poonch-Nowshera district, Kotli principality was dissolved and merged with new principality. With the passage of time, majority of the habitants embraced Islam in this area. In 17th century AD a new principality of Muslim Mangral Rajput Raja’s came into existence with headquarter at Kotli. As per Tarikh-e-Aquama-e-Poonch Part-II, in the ancient time Kotli was ruled by Mangral Hindu Rajput Raja’s with the headquarter at Sensa. The Raja of the third dynasty was Sansar Chand who embraced Islam and shifted his headquarter from Sensa to Kotli. The Muslim Mangral Rajputs ruled Kotli upto 1819 AD. However, they were dominated by Chib Rajas of Chabal.

There was disturbance and revolt in Kotli area after 1820 onward against the rule of Khalsa Darbar Lahore. To subside this revolt, the Kotli and Chabal area was given by Maharaja Ranjit Singh to his Prime Minister Raja Dayan Singh as a gift in 1827 AD. Dhayan Singh received a tough resistance from Mangral Rajputs of Kotli in between 1827-1846 AD. In this disturbance, most of the Mangral Rajputs of Kolti had left their native villages and migrated towards the remote areas of Pir Panchal range. In 1852 AD when Poonch-Chabal Jagir was divided into two parts, Kotli had become the part of Chabbal principality of Raja Jawahar Singh. But Raja Jawahar Singh had never came to Kotli-Chabal area and this principality was confesticated by Maharaja Gulab Singh in 1856 AD. Kotli remained the part of J&K State from 1856-1947 AD.

In 1947 Kotli was defended by a company of state forces. During the turmoil of 1947, the rebels with the help of Pakistan armed forces and tribesmen of NWFP revolted against state forces . The state forces could not hold the area and the scattered contingents retreated towards Kotli. The town was besieged by the rebels. In these circumstances Colonel Baldev Singh Pathania was appointed as guide to state forces for operation against the rebels under the overall commanded of Brigadier Chattar Singh who was stationed at Mirpur. The city was besieged from all the sides. About 5000 Hindus from the surrounding areas had also taken refuge in the town. There was acute shortage of ammunition and it was not possible for the state forces to hold the town. The Indian air force in the month of November, 1947 dropped some boxes of ammunition in and around Kotli town. Unfortunately these boxes of ammunition were captured by the rebels. However 17 boxes were snatched by the civil population. In the meantime Indian forces started operation from Jammu side and reached Jhangar under the command of Brigadier Pran Japi. On 12th November the advance towards Kotli was started by Brigadier Pran Japi from Jammu towards Akhnoor for the relief of Kotli town. On 13th November the advancing forces reached Akhnoor, on 16th November they crossed Bari Pattan Bridge and rushed towards Nowshera. On 19th of November Jhangar was captured. On 26th November Indian troops marched towards Kotli and entered the town at 2.20 PM after defeating the rebels in and around the town. Brigadier Pran Japi found that about two companies of state forces in Kotli were completely demoralized. There was severe scarcity of food grain, medicines and consumable items in the town. The habitants were drinking water from a filthy pond in the town. There was a demoralized civil population of about nine thousands. It was not possible for the forces of Pran Japi to hold the Kotli town because the town was 147 miles away from Jammu. Therefore it was decided not to hold the town. In these circumstances Brigadier Pran Japi vacated Kotli town on 28th November 1947 along with nine thousand refugees. The caravan reached Jhangar on the same day and the ancient Kotli town was captured by the rebels.