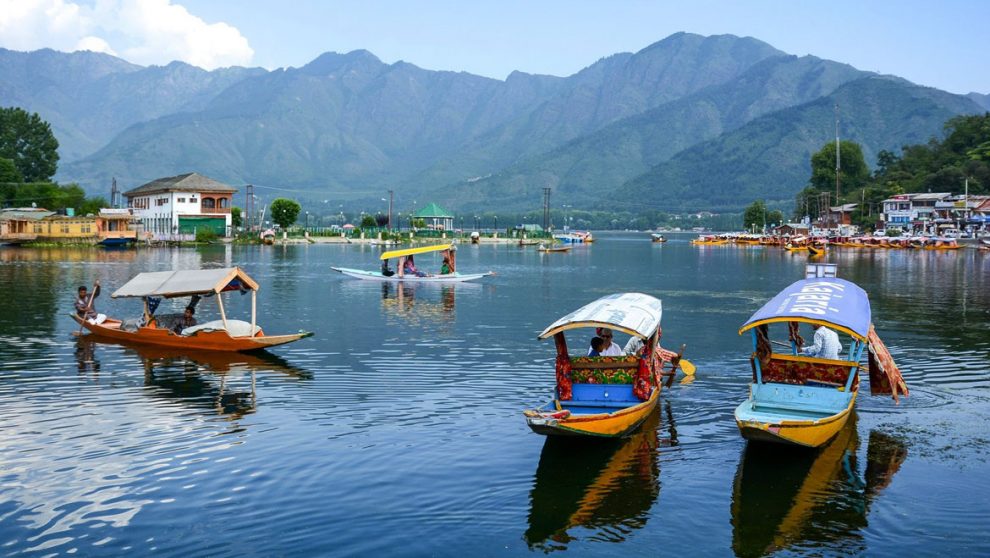 10th of August was marked yesterday as a “Black Day” by Dalit Muslim and Dalit Christian communities of India to protest against a Presidential Order passed in 1950 by Dr. Rajendra Prasad, first President of India vide powers given to him by the Article 341 of the constitution, whereby the definition of Scheduled Caste was restricted only to those from Hindu community.

It is important to add that unlike Scheduled Castes (SC), the definition of Scheduled Tribe (ST) is religion neutral, which is why, we find not only Hindu tribal communities but also Christian STs ( like in North East India), Buddhist STs ( like in Ladakh) and Muslim STs (like Gujjar & Bakarwals). But the same benefit is effectively deprived to Dalits from Muslim and Christian communities. Which is why Dalits from Muslim and Christian communities mark 10th of August as a Black Day, when contrary to the intention of Baba Sahab Ambedkar, who drafted the Constitution of India and wanted the definition of “Scheduled Caste” to be religion neutral was changed via presidential order to deprive marginalized communities of Dalit Christians and Muslims from availing of the constitutional benefits of being a Scheduled Caste.

It is also important to add that constitutional status of being a “Scheduled Caste (SC) / Scheduled Tribe (ST)” brings a lot of legal protection against caste-based violence as well as enables SC and ST to avail of many central and state government welfare schemes and measures. A SC or ST has protection of very stringent SC/ST Prevention of Atrocity Act 1989, if someone commits a crime against the member of SC or ST community based on his/her caste status. That is why it is very important for many marginalized communities including Dalit Muslims and Dalit Christians to have themselves recognized as Scheduled Caste or Scheduled Tribe. Many people think that this is done to avail of the benefits of reservation in government jobs and educational institutions but that is not true because all Dalit Christians and Dalit Muslims are already registered in their respective states as “Other Backward Castes” (OBCs) and are already enjoying the benefits of reservation. Therefore, it is not about reservation but about the greater identity, pride and protection of being a Scheduled Caste and Scheduled Tribe, which makes Dalit Christians and Dalit Muslims to continue to struggle for availing off the status of SC/ST.

Interestingly, in Muslim majority Kashmir valley too, we have two marginalized ethnic Koshur Kashmiri communities, who are currently recognized as backward class, but are demanding to be included as Scheduled Caste and Scheduled Tribe. These are communities of Wattals and Choppans, both ethnic Koshur Kashmiri Muslim communities, who have historically lived on the margins of Kashmiri society as oppressed and discriminated communities. Wattals were traditionally engaged in the occupation of manual scavenging, collecting human waste in metal utensils and carrying the same over their head to dispose off in rivers. While the practice has almost stopped, the stigma attached to the community continues to remain and haunt the present generation of Wattals.

Wattals are Kashmir’s very own Dalit Muslims and equivalent to Hindu Bhangi or Hindu Valmiki community. They live in dirty, filthy and unhygienic ghettos called “Sheikh colonies” in different cities of Kashmir valley away from “civilized” section. The community overall remains desperately poor, impoverished and destitute. Most of the government jobs that are available are only of safai karamchari or sanitation worker in municipalities. The community of Wattals are not recognized as Scheduled Caste but as “Other Social Caste”, which is equal to OBCs. But not being a SC, deprives them of many legal protections and welfare benefits that a Scheduled Caste community is otherwise entitled to. Wattal community of Kashmir has been demanding that they be moved from OSC to SC for a long time but no government has ever listened to their grievances.

Choppans are a pastoral community of ethnic Koshur Kashmiri Muslim shepherds, who are somewhat similar to Bakarwal nomads. Their community’s counterparts Gaddis in Himachal Pradesh already have a Scheduled Tribe status, even as Choppans have been petitioning state governments to do the same for decades but to no avail. Not being a Scheduled Tribe not only deprives this marginalized community of many central and state government run welfare programs, it also deprives them of the protection of SC/ST Act. The community, which is ethnically Koshur speaking is one of the poorest of the poor Kashmiri communities and yet they are struggling to be included under ST category.

The case of Wattal and Choppan communities of Kashmir shows that like millions of Dalit Muslims across India, Dalit Muslim communities of Kashmir also seek benefit and protection of the constitutional status of being a Scheduled caste and Scheduled Tribe. It is also pertinent to mention that Kashmir being a Muslim majority region, there is often a denial that caste system exists among Kashmiri Muslims. However, the fact remains that Kashmiri Muslim society is one of the most caste ridden societies of India and we have our own Dalits and other Pasmanda Muslims. Muslim Dalits, who are also called “Arzals” have full right of availing off the benefit and protection that the constitutional status of Scheduled Caste gives them and that includes Kashmir’s very own Wattal Arzal Dalit Muslims and Choppans, who should be justifiably included as Scheduled Tribes. We as people of Kashmir should extend our support to two of our most marginalized communities in their fight for seeking the constitutional status of being SC & ST.

Govt sets motion in process for J&K Film Development Corporation
COVID-19 numbers in SE Asia plateaued over past month mainly due to cases in India remaining stable: WHO
Comment