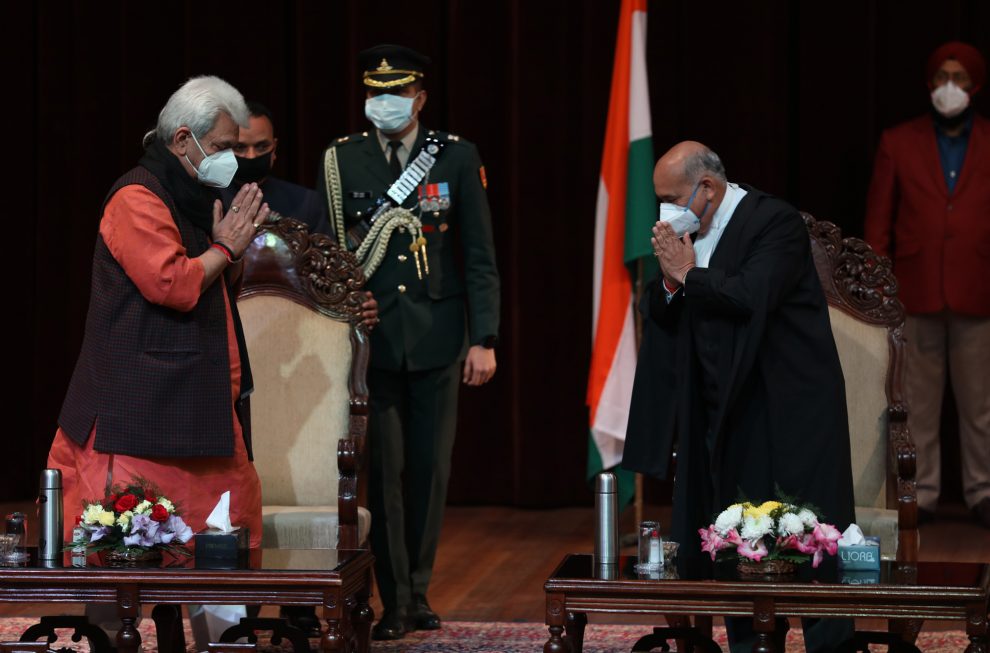 Lt Governor Manoj Sinha administered the Oath of Office to the new Chief Justice, congratulated him for his new appointment.

Pertinently, Justice Mithal has graduated in Commerce from Allahabad University in 1982 and he did LL B from Meerut College, Meerut affiliated to Ch. Charan Singh University in 1985 in Uttar Pradesh.