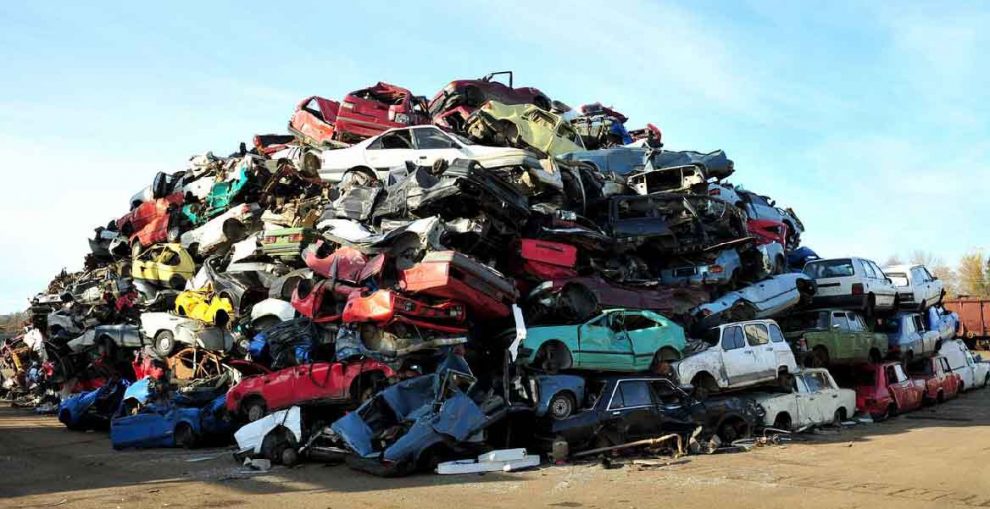 India needs pragmatic policies to strengthen the individual to revive the sagging economy and save its wealth. Policies such as automobile scrappage, electric cars, single-use plastic, heavy penalties are detrimental to the interests of the nation. The country may have a “waste-to-wealth” mission, but it should not be at the cost of creating junk, what already is a huge wealth.

Similarly, the policy on single-use plastic may not be as prudent as it is being made out. In a “plastic civilization” the flying bags or sticks for a number of products are a problem but the nation overlooks the problem of plastic use in every product – packaging materials, computers to cars. It is nice to synchronise with 4th UN Environment Assembly 2019, but it is imprudent to overlook the conditions of the country, which is reeling under severe almost poverty-like conditions. The wealthier nations have different problems and solutions, but India must not ape these.

Indians are trying to come out of decades of poverty. It is a gradual process. An individual does not transform in a jiffy. Mere change in income level is also not guarantee that overnight he would have different economic status. It takes years to add to wealth, may be even through a process of raising debts. The policy makers in their hurry to project achievement ignore the tedious path that they tread.

Let us for instance check how an individual acquires a motorcycle or car. It is certainly not luxury in a country where public transport is rudimentary to have an automobile to help one travel with a bit of ease. The process has its rigmarole. Not more than a per cent of people can make full down payment. Most resort to a four to seven years or more repayment schedule. Announcing it to be a junk in 10 years suddenly does not add to his stability. Besides, if someone has spent a lifetime to pay for his prized car or any other possession, who is the State or government to declare it junk?

It is an individual’s property, he is its custodian and nobody else without his permission can issue an order that can be seized by a State agency without violating the basic fundamental rights. It is ultra vires of the statute. These issues cannot be discussed merely on legal grounds, particularly in a society where the State agencies feel they are not answerable to anyone and if the court does that they need not listen to it either.

It is a strange anti-people mindset of an executive that is appointed by a government elected by the people. It is like the servant disowning the master. Most problems that are being heaped on the people start with this convoluted mindset.

The government’s estimates that the scrapping policy would bring Rs 10,000 crore investments are illusory statistics. It has ignored the fact that the total registered vehicles in 2019 were 295.8 million – 29.6 crore. In 2011, 14.2 million vehicles were registered. In other words, these 14.2 million– 1.4 crore vehicles, most having a fine workable life, would now, as per the arbitrary policy of 10 years, be declared junk. Is that rationale? This means at least 1.4 crore families would be deprived of their wealth, which let us assume they had acquired on an average cost of about Rs 3 lakh per family. A total cost of Rs 4.2 trillion! In contrast for such sacrifice, if at all, the government estimates generate a miniscule one-time investment of Rs 10,000 crore.

Is that justified? Let us assume each year that a similar number of vehicles would be junked but every year there would not be that Rs 10,000 crore investment. For it is a one-time affair and that would immensely boost the profits of the automobile companies because they would prospect not only the metal body but each workable parts to retrofit in their new vehicles. Their profits would soar.

But the individuals who would be deprived of their vehicles would have to now invest not less than Rs 5.5 lakh each to remain at the same level or worse penury as the loss to the nation would be at the figure of 2011 over Rs 7 trillion. The nation, even assuming, that all those had vehicles would successfully acquire new vehicles would lose a whopping over Rs 11 trillion for virtually keeping the nation at the wealth level of 2011.

It is an imprudent decision and must be junked by a country that is afflicted with 80 crore – 60 per cent – people sustaining on free food dole. No sane country would waste such wealth knowing that most losing their vehicles would never be able to purchase another in their lifetime because by these 10 years, most of the 1. 4 crore people may have become senior citizens with neither a job nor a pension or an income but many paying a hefty income-tax out of their savings.

Similarly, impractical is the single-use plastic. A plastic bag or a car seat or a computer cover cannot be recycled. The policy makers look for simplistic solution that are neither worth its value nor useful in any other terms. But billions are being wasted on looking for no-solution. The result is to be seen everywhere, not only in urban areas but all across rural areas along the highways, roads or habitats. The swachha Bharat is not becoming clean for these reasons and the country is ready to repeat its mistakes. Plastic disposal needs a virulent solution. This country is nowhere near it.

Look at the contrast of e-vehicles that also use maximum plastic to keep its deadweight low. The latest lithium-ion batteries have a life of two-three years — or 300 to 500 chargings. If the battery is completely discharged, it can no longer be recharged again. The e-vehicle would not be less pollutant.

And the nation is committing yet another folly. It wants to give up diesel, the cheapest petroleum byproduct as per international petroleum lobby decision. It would treble crude imports and also have to look for diesel disposal system. Yes, the policy makers are committing too many silly mistakes. Let India have its own policy and not follow the western sharks so that it is easy to tread a path to prosperity.