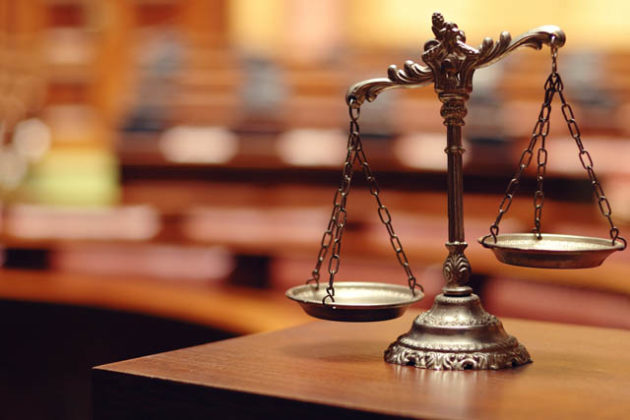 A surge in population over the years is impacting a healthy and equitable structure for all citizens. While healthcare has been an area of grave concern as its reach hasn’t kept pace with demand, another sector is the judiciary, where inadequate infrastructure has led to litigations remaining pending for years together. Moreover, it is compounded by the fact that with inter-personal and inter-societal relations getting complicated the individual has lost his cooperative spirit to live in peace and harmony, leading to a spurt in legal cases.

It is often said, and perhaps rightly so, that the rich and the powerful have, over the decades, been getting the benefits of the judicial system. Obviously, they have the wherewithal to engage lawyers and run the case for years together. People from low income groups, including EWS, neither have the financial strength nor the time to fight a case even when injustice is being done against him and his family.

Additionally, the top judiciary lately has been seen to be courting controversy. Recall the Supreme Court issuing a contempt notice against activist and lawyer Prashant Bhushan over a tweet about the Chief Justice of India. It said: “We are, prima facie, of the view that the aforesaid statements on Twitter have brought the administration of justice in disrepute and are capable of undermining the dignity and authority of the Institution of the Supreme Court in general and the office of the CJI in particular in the eyes of the public at large.” With Bhushan refusing to apologise, the court imposed a token fine of Rs 1 and said if he failed to do so, he would have to undergo three months’ prison sentence and would be debarred from legal practice for three years.

Importantly, the International Commission of Jurists (ICJ), an international NGO that defends human rights and rule of law worldwide, considered Bhushan’ conviction for contempt to be inconsistent with international standards on freedom of expression and role of lawyers. It had stated that the conviction has a chilling effect on the exercise of protected freedom of expression in India and thus, urged a review of the laws and standards on criminal contempt as applied by Indian courts.

Also recently, social media went viral and raised questions on Supreme Court’s urgent hearing of Arnab Goswami, Editor-in-Chief, Republic TV’s petition. As is well known, the TV channel has been blatantly supporting Government policies and programmes and has recently trained his guns against the Maharashtra government under Uddhav Thackeray, whose police had arrested him in an old suicide case.

It promoted President, Supreme Court Bar Association Dushyant Dave to write a letter to the court’s Secretary-General protesting against this urgent hearing. He wrote against “selective listing” of matters by the Registry and even called it a ‘gross abuse of administrative power’: “The serious issue here is selective listing of matters that the registry under your leadership is indulging in for last eight months during COVID pandemic. While thousands of citizens remain in jails, languishing for long periods while their matters filed before the Supreme Court are not getting listed for weeks and months, it is, to say the least, deeply disturbing as to how and why every time Goswami approaches the Supreme Court, his matter gets listed instantly.”

Indeed, it is an unfortunate reality that there are thousands of poor and destitute undertrials, without heavyweight lawyers or influential supporters, who continue to languish in prison for years, without getting heard. As per available data, there are more examples of such cases listed urgently in the apex court during the lockdown. Moreover, there are 4098 bail applications pending in the Bombay high court and 37,245 such applications in eight major High Courts combined (as on June end, 2019). The institutional problem remains unaddressed but delays in the case of political prisoners are only its most visible symptoms.

The question that arises is obviously the need to provide equal justice to all quickly and fairly. This is the basic reform needed for the judiciary and therefore it’s urgent for more judges to be appointed, at least in the High Courts and the Supreme Court. It goes without saying that keeping the country’s judicial heritage in mind, the personal liberty of the wrongly incarcerated needs to be given uppermost importance. How can we accept the fact that we have a system that makes it acceptable for those who hold views unpalatable to the government to be arrested without reason and evidence?

Over the years, it is an accepted fact that not just the poor but even the middle class may not be able to find justice from the judiciary. The expansion of the judiciary has not taken place to the extent necessary and obviously that has resulted in piling up cases in high courts, district courts, sessions courts, etc.

Another important aspect which has been a cause of serious concern is the alleged dwindling lack of independence of the judiciary over the years. There is a growing worry that right from the grass-root level, the will to improve the system is lacking thus impacting, what activists would term neutral and judicious verdicts. However, this is not to undermine some very valuable verdicts of the Supreme Court as also some High Courts specially relating to social, environmental and other related issues.

The coveted place where the judicial system used to stand has changed mainly due to lack of promptness in disposal of cases. Obviously the situation would not have been so if there had been adequate judicial officers and sub-divisional magistrates at the lower level and the poorer sections got prompt justice, say at least within a year or so. Apart from the Centre, which unfortunately has not made this top priority, the States are equally responsible in ignoring the judiciary.

In such a situation, there is need for action and just highlighting the pendency of cases will not solve the matter. All States should be asked to expand the judicial system by at least 10 per cent within a year. To start with, all vacancies need to be filled on a war footing within a time frame of six months. There has also been a good proposal through a PIL recently in the apex court, seeking re-employment of retired judges in SC and High Courts to fill the large number of vacancies and speed up justice delivery on basis of Articles 128 and 224A of the Constitution.

Even the Attorney General of India, has stated that the Courts of Appeal (CoA) must be set up in four regions of the country to adjudicate appeals against High Court verdicts to provide citizens better access to justice and ease the enormous case burden on the Supreme Court to make it the truly constitutional court, as envisaged by the Constitution framers. He even proposed that each CoA should have around 15 judges who should fulfil the same legibility criteria of SC judges. Whether the Centre does it or not, the demand for setting up an independent commission not by the government but by the Chief Justice of India regarding the pendency of cases as also how the poor can approach and get justice within a specific time frame must grow louder.  It’s time for people and the civil society to stand up for their rights to be protected by this branch of the system.