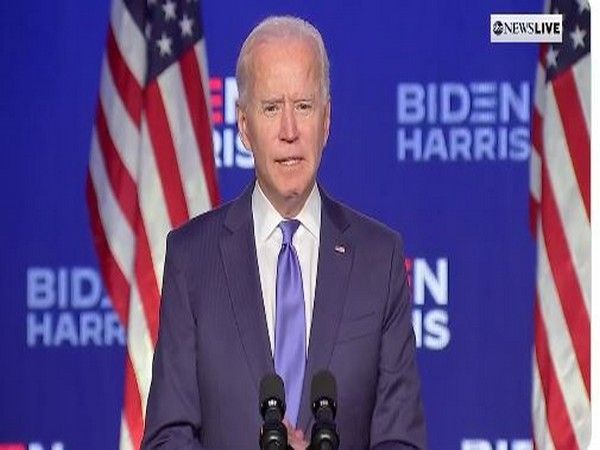 Joe Biden, the former US Vice President, has defeated the incumbent Donald Trump in a nail-biting contest in the presidential elections, to become the 46th President of the United Nations.

Biden on Saturday became the President-elect of the United States after clinching victory in the battleground state of Pennsylvania which took him well past the electoral college threshold of 270 votes.

The former Vice President would become the oldest president in US history at his inauguration, aged 78.

As he is set to assume the President’s office, many hope that the former Vice President will unleash a new phase in America’s rule after four years of Trump’s presidency.

The 2020 race marked Biden’s third attempt at running for President. He first tried in 1988 but dropped out after allegations of plagiarism. He ended his second attempt in 2008 after garnering less than one per cent in the crucial Iowa caucuses.

Biden had vowed to “restore the soul of America” which had been battered and divided under President Trump’s rule. The election, he said, was nothing short of a “battle for the country’s soul”.

Joseph Robinette Biden, Jr. was born in Scranton, Pennsylvania in 1942 and moved to Delaware as a child.

At age 29, Biden became one of the youngest people ever to be elected to the United States Senate. However, weeks later, tragedy struck the Biden family when his wife Neilia and daughter Naomi were killed while his sons Hunter and Beau were critically injured in a car accident.

Biden was sworn into the US Senate at his sons’ hospital room and used to commute from Wilmington to Washington every day. For five years, he raised Beau and Hunter as a single father, with the help of his sister Valerie and his family, according to his campaign website.

The couple married on June 17, 1977, at the United Nations Chapel in New York City and has one daughter together, Ashley Blazer, who was born in 1981.

Biden served as Vice President in the former President Barack Obama’s administration for two terms from 2008 to 2016. Biden and Obama developed a close friendship from what had initially been a more strategic pairing, with Biden credited for using his working-class roots, folksy flourishes, and experience to help shore up support for the country’s first Black president from older white Americans in key northern swing states, said Al Jazeera.

Obama had now endorsed Biden, saying his former running mate embodied “the spirit of looking out for one another”. Biden, who served for decades in the Senate, firmly believes in the value of bipartisanship and insists on extending overtures to Republicans even in a moment when many in his own party don’t see negotiating partners on the other side, according to the New York Times.

He said that he can build on the Obama legacy and unite the country in a challenging time. Along with running mate Kamala Harris, Biden continued to pitch himself as a reassuring and experienced force who can unify the country following Trump’s four years.

As Delaware’s US senator for 36 years, he cultivated a reputation for thoughtful coalition-building and chaired powerful committees on the judiciary and foreign relations. The expertise he developed across those decades made him a strong partner as Vice President to President Obama, Seattle Times reported.

His boldness on same-sex marriage must also be remembered. In May 2012, Biden pulled the administration onto the right side of history.

Endorsing Biden, USA Today said that the former US President is a worthy antidote to Trump’s unbounded narcissism and chronic chaos.

Meanwhile, Washington Post said Biden is almost uniquely positioned for the moment. He would restore decency, honour, and competence to America’s government.

However, with a three-decade-long congressional career, Biden’s record in the chamber has come under increased scrutiny.

The 1994 crime bill that he drafted has been blamed for causing the mass incarceration of minorities and his eulogising of Senate colleague Strom Thurmond, a man who began his political career as a segregationist.

According to Al Jazeera, he has faced criticism for his role as chairman of the Senate Judiciary Committee in the controversial grilling of Anita Hill during the Supreme Court confirmation hearing of Clarence Thomas in 1991. Hill had accused Thomas of sexual harassment.

Biden has been open about his family tragedies that have marked his time in office.

In February 1988, just months after he ended his first presidential bid, Biden suffered two life-threatening brain aneurysms. Doctors at the time told him a White House campaign may have killed him.

In 2015, Beau died of brain cancer at the age of 46. The younger Biden was seen as a rising star of US politics and had intended to run for Delaware state governor in 2016. The elder Biden has credited Beau with encouraging him to run again and has used both tragedies on the trail to explain why healthcare – one of his signature policy goals – is “personal” to him.

Meanwhile, Biden’s younger son Hunter’s career as a lawyer and lobbyist, including a five-year term on the board of a Ukrainian gas company, has been the target of unsupported corruption allegations.

Biden had maintained a good lead leading Trump in the national polls as the US approached its 2020 presidential election on November 3.