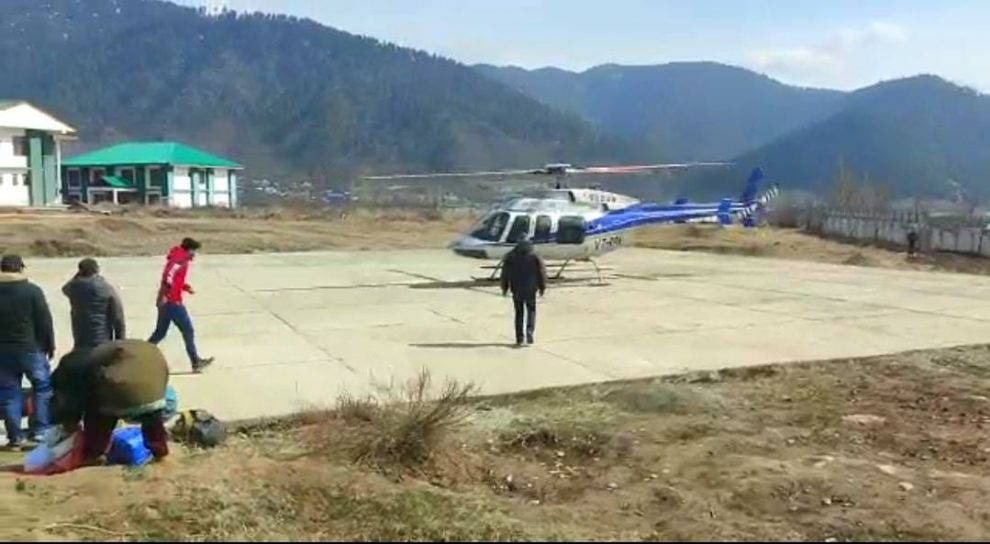 BANDIPORA: Authorities on Saturday airlifted about 84 stranded aspirants from snow-bound Gurez Valley to Bandipora, who are scheduled to appear in the upcoming JKSSB recruitment examination, slated to be held on Sunday.

“Soon after candidates approached the administration, at least 84 aspirants appearing in JKSSB exams were airlifted in Army’s MI-17 Helicopter from Gurez valley to Bandipora so that they can appear in the exams being held tomorrow,” the officials said.

They said that the entire evacuation process was a coordinated exercise between Civil and Army authorities all day.

Meanwhile, Deputy Commissioner Bandipora, Dr Owais Ahmad also that all aspirants who are going to appear in JKSSB exams have been evacuated after multiple efforts despite challenging weather conditions and closure of only road connectivity.

“I wish them all the best of luck for their exams, ” he said. As already reported that scores of JKSSB aspirants were waiting to get airlifted from snow-bound areas for examination in North Kashmir following which the authorities had assured the assistance. Gurez-Bandipora road continues to remain closed for traffic for the past few months owing to heavy snowfall in Gurez valley and Razdan top—(KNO)